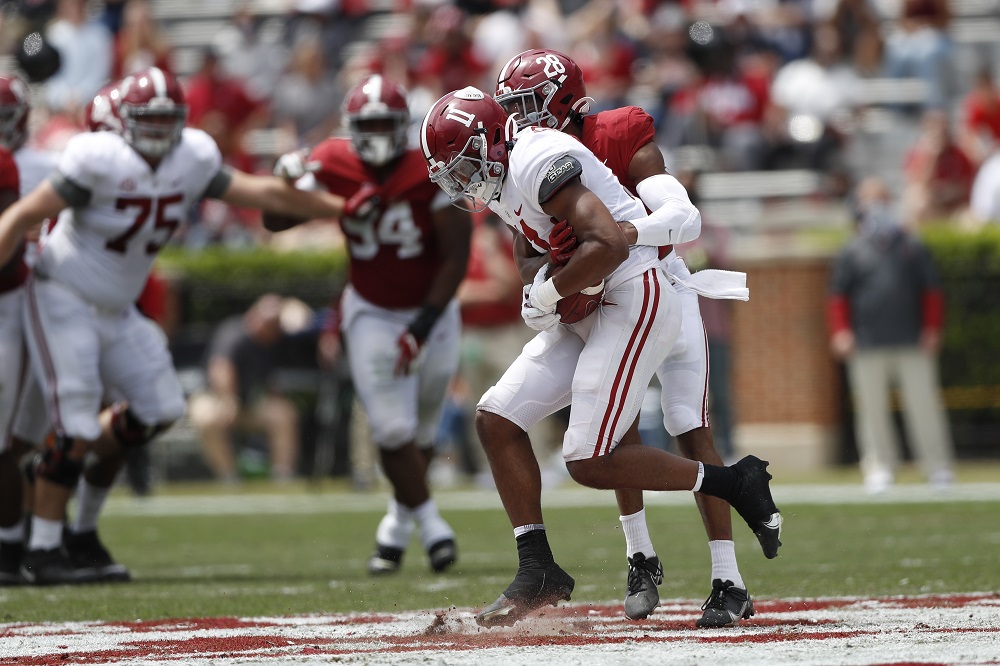 Fifteen practices are in the books as Alabama football has ended spring camp.

On Saturday, the Crimson Tide held its annual A-Day Game at Bryant-Denny Stadium. A crowd of nearly 50,000 fans watched Bryce Young lead the first-team offense (White) to a 13-10 victory. Alabama honored its 2020 College Football Playoff National Championship team, and DeVonta Smith was presented with both the Heisman Trophy and Maxwell Award. After a competitive spring game, Nick Saban and the coaching staff handed out awards at midfield. Listed below are the honors for the players.

Awards from the coaches

Awards voted on by media