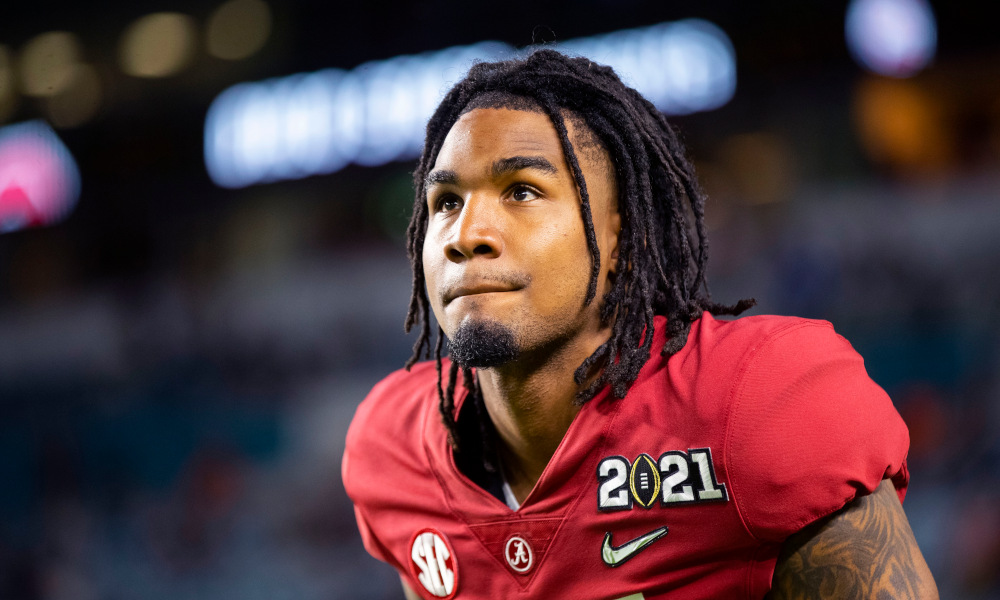 Nick Saban is about to see some of his players become multi-millionaires tomorrow night.

RELATED: DeVonta Smith is not bothered by his weight, and NFL teams should follow suit

The NFL Draft will be in Cleveland, Ohio, and the University of Alabama looks to tie the 2004 Miami Hurricanes for the most first-round picks (six) in a single draft. Most draft pundits have the Crimson Tide getting at least four in the first round, but we shall see what happens. With the buildup to the moment, yours truly of Touchdown Alabama Magazine has compiled a final mock draft for the Alabama players. Listed below is how I see everything turning out upon the conclusion of the weekend.

–Summary: According to reports from ESPN’s Adam Schefter, the 49ers are torn between Mac Jones and Trey Lance (North Dakota State) at quarterback. Lance has a high ceiling; however, Jones fits the “win now” mindset of the organization.

A native of Jacksonville, Fla., Jones played in the toughest conference in college football.