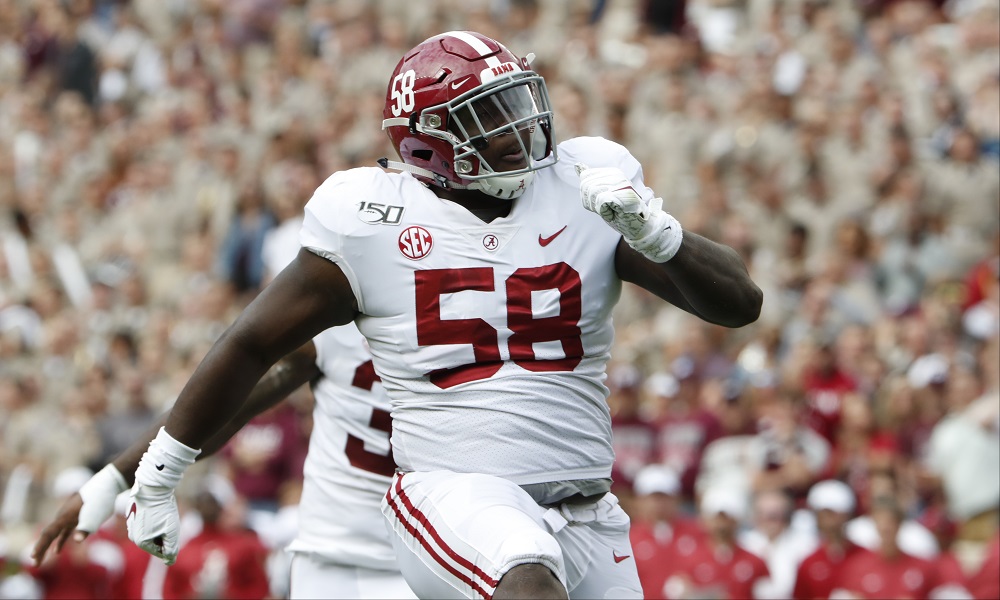 He was not a first-rounder, but Christian Barmore is off the board.

The former Alabama defensive lineman was taken by the New England Patriots at No. 38 overall in the second round.

In two seasons with the Crimson Tide, he was one of the best pass rushers on the team. Barmore turned in 9.5 tackles for loss, eight sacks (team-high), three pass breakups, six quarterback pressures, and three forced fumbles in 2020. He was the Defensive Most Valuable Player of the College Football Playoff National Championship Game between Alabama and Ohio State.

The 6-foot-4, 312-pounder ended his tenure with 10 sacks, 15.5 tackles for loss, 11 quarterback pressures, five breakups, and three forced fumbles. He turned in a 40-time between 4.89 seconds and 4.95 seconds at Alabama’s pro day. The Titans needed a marquee pass rusher, and it has one in Barmore. He is a little raw in his technique but can be coached up to excel.