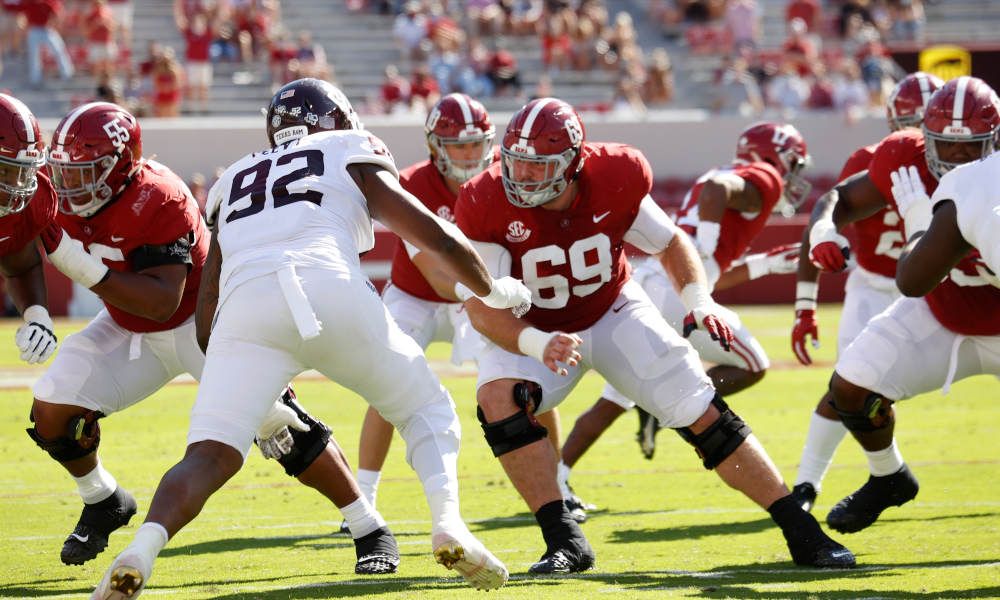 Alabama football has its second offensive lineman off the board.

Landon Dickerson was taken by the Philadelphia Eagles at No. 37 overall in the second round of the NFL Draft.

He is reunited with Heisman Trophy-winning wide receiver DeVonta Smith and will also be protecting former Alabama quarterback Jalen Hurts. The 6-foot-6, 325-pounder was one of the reasons the Tide secure a perfect season and a national championship in 2020. He allowed Mac Jones to achieve a single-season school record for passing yards (4,500) with 41 touchdowns. Dickerson also cleared the way for Najee Harris to total 1,466 yards rushing and 26 touchdowns. He assisted the former five-star in winning the Doak Walker Award and becoming an All-American.

He will now continue his career with the Eagles.