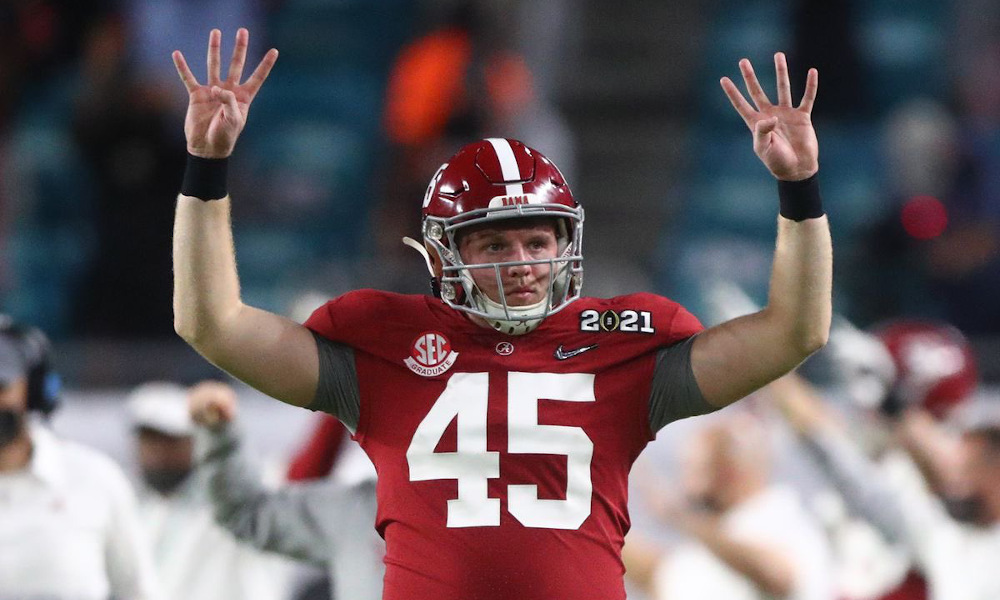 Thomas Fletcher represents all of us.

As a native of Georgetown, Texas, he served the University of Alabama well for four years as a long snapper.

Fletcher was the unsung model of perfection. He never botched a snap and he allowed names such as JK Scott, Mike Bernier, Ty Perine, Charlie Scott, and Will Reichard to have success. Fletcher arrived in the Crimson Tide’s top-ranked signing class in 2017.

He helped the program capture two national champions, but he never dreamed he would hear his name called at the NFL Draft.

As it got deeper into the sixth round, Fletcher started thinking about being an undrafted free agent. He got a call from Matt Rhule, head coach of the Carolina Panthers, thinking it was the case. Coach Rhule brought a reaction of joy from the Patrick Mannelly Award winner as he told Fletcher the Panthers chose to draft him. He was taken at No. 222 overall and could not be any happier.

.@longsnapfletch assumed he was getting a phone call about becoming an undrafted free agent.

Instead, he got the call of his life 📞 pic.twitter.com/V1bbyYglo3