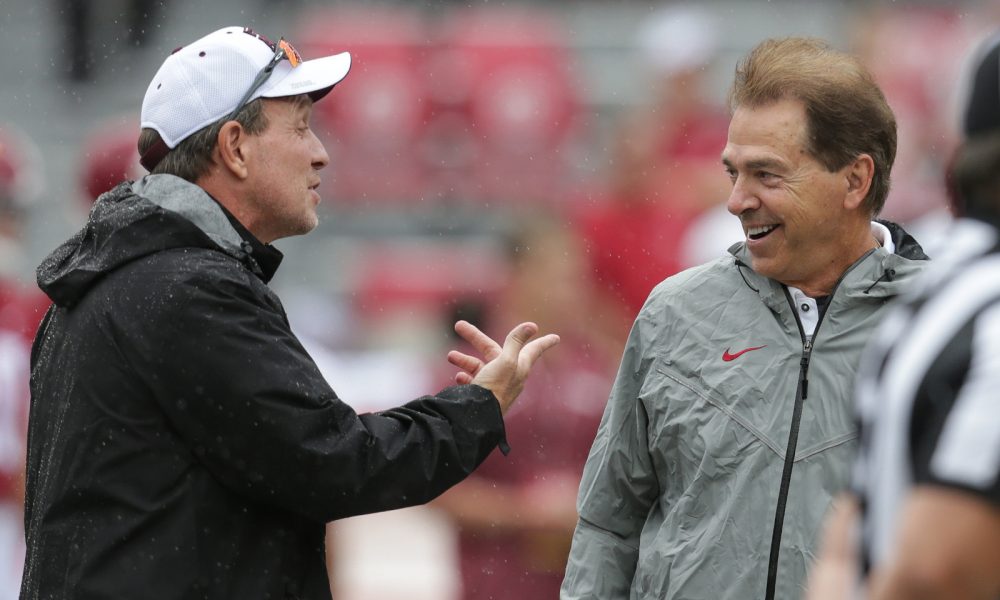 “We are going to beat his ass even when he is there,” said Fisher.

Fisher went on to say that he had a lot of respect for Saban and the Crimson Tide.

“They got a great team. I respect them,” Fisher said. “Him and I, we have known each other forever. We coached together. I respect everything they do and how they do it.”

The Aggies head coach is 0-3 versus Alabama as Texas A&M’s head coach. Alabama defeated him and the Aggies 52-24 in their last meeting. The two programs will face off on Oct. 9 during the 2021 season.

Listen To Jimbo Fisher Audio Below: