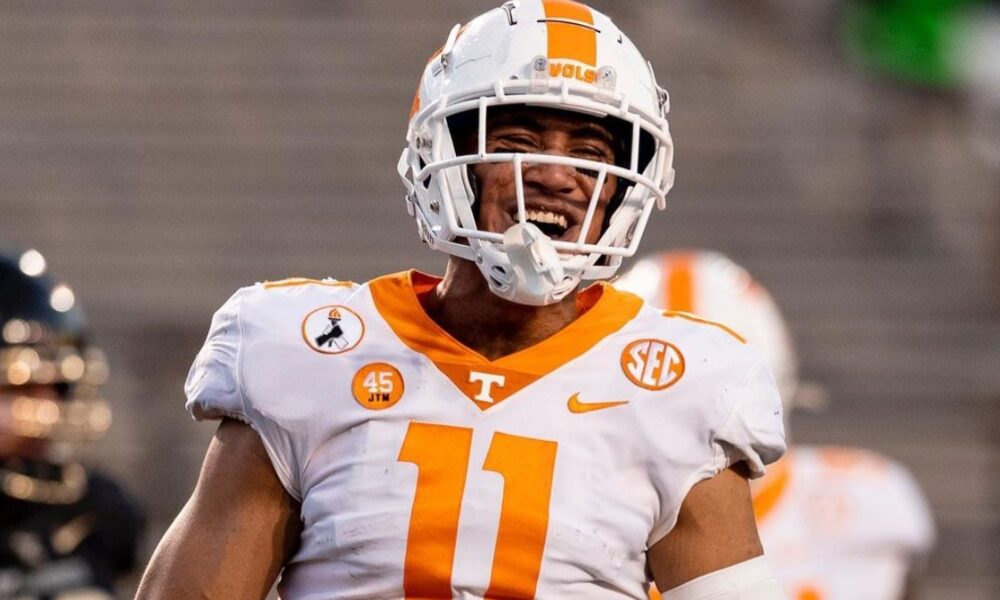 On top of an already impressive recruiting class, Alabama added another talented player from the transfer portal in former Tennessee linebacker Henry To’oto’o. To’oto’o and Alabama had been flirting for months before he announced his decision on Saturday. He had been a top priority for the Crimson Tide and defensive coordinator Pete Golding was able to get his guy to Tuscaloosa.

But what will his presence mean for Golding and the rest of the defense?

Well, if anything, Alabama gains even more experience at linebacker on top of players like Christian Harris, Jaylen Moody and Shane Lee. Despite a successful first two years with Tennessee, nothing is set in stone for To’oto’o as he will have to compete for his role in the middle.

This past spring Harris and Moody were the two working with the first-team defense with Moody turning in an impressive A-Day performance. Harris, who is a lock to start this year focuses To’oto’o on who exactly he will be competing against but it will still be a tall task.

Moody has been in the Alabama system for four years now and is committed to starting for the Crimson Tide this season. Lee was a starter during his freshman season in 2019 where he led the team in tackles before surrendering his starting role to Dylan Moses in 2020.

There could very well be a push from freshman Deonte Lawson who also had an impressive spring at linebacker.

Should To’oto’o be able to break into the rotation on defense, Golding will have a dynamic linebacker to pair alongside Harris. What immediately jumps off the screen when watching To’oto’o is his play recognition and speed to the football.

This would help bolster Alabama’s run game tremendously as they would gain a player who recorded 7.5 tackles for loss a season ago, who will also be working behind a deep defensive line group to open up gaps.

When looking back at the spring, the Crimson Tide’s defense was the unit that looked the most season-ready as both the first and second teams held the offenses to under 14 points apiece. Alabama will also be filled with elite, physical players at each level of the defense which Golding will look to build upon following late-season successes from 2020.

Fall camp is still a long way away and To’oto’o will have a lot of ground to cover in order to pry the starting role away from Moody, but even if he becomes a second team or even a rotational player Alabama will be set up strongly for the future.