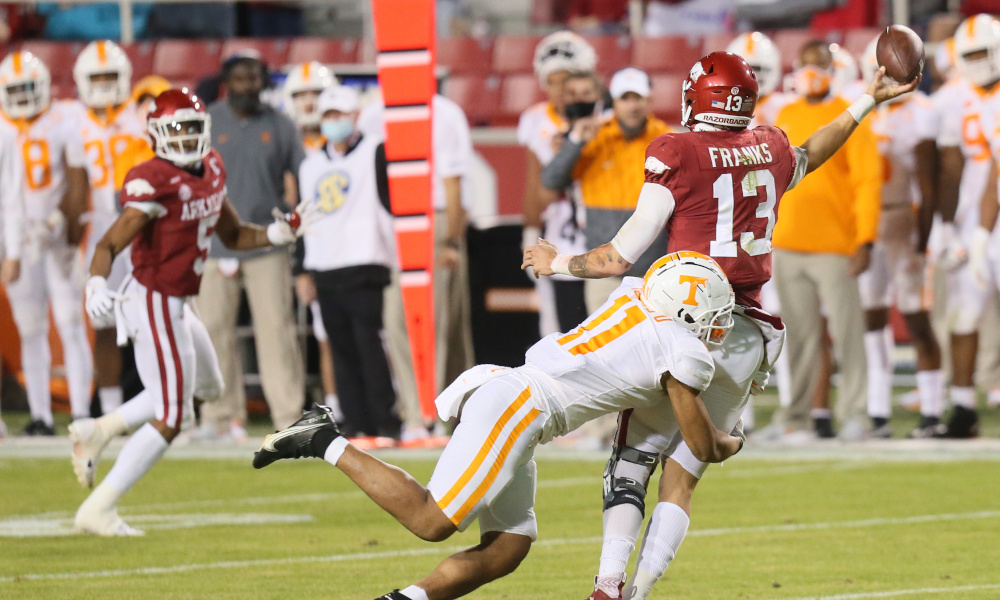 The rest of college football is sick to its stomach as Nick Saban wins again.

After getting a transfer on offense in Jameson Williams from Ohio State, the University of Alabama received a major boost on defense.

Henry To’o To’o, an inside linebacker, announced on Twitter that he’s transferring to the Crimson Tide. He spent the last two years at the University of Tennessee. Coach Saban pursued To’o To’o in the 2019 recruiting cycle, but he chose to sign with the Volunteers. With his decision to join the Tide, Saban has a linebacker he has always wanted in To’o To’o on the roster.

The 6-foot-2, 232-pounder is one of the best players in the Southeastern Conference.

He provides big-game experience to Alabama’s linebacker room, as he’s started in 22 of 23 career games. To’o To’o was either the leading tackler or one of the top tacklers for Tennessee in each of the last two seasons. He led the Vols in tackles (76) and tackles for loss (10) in 2020 while adding one sack, two pass breakups, two quarterback pressures, and one interception.

During his time under Jeremy Pruitt, To’o To’o recorded 148 tackles (15 for loss), five quarterback pressures, four breakups, and one interception. He made the Freshman All-SEC team and was a Freshman All-American in 2019.

He not only gives the Tide another linebacker that can attack plays with lateral quickness, but the tandem of To’o To’o and Christian Harris could also be the best in the nation. Both players will allow Pete Golding to take shots and be aggressive as a defensive coordinator.

Alabama was going to have a good defense before To’o To’o; however, the addition of him gives Saban a chance at having a top-five defense in the fall.