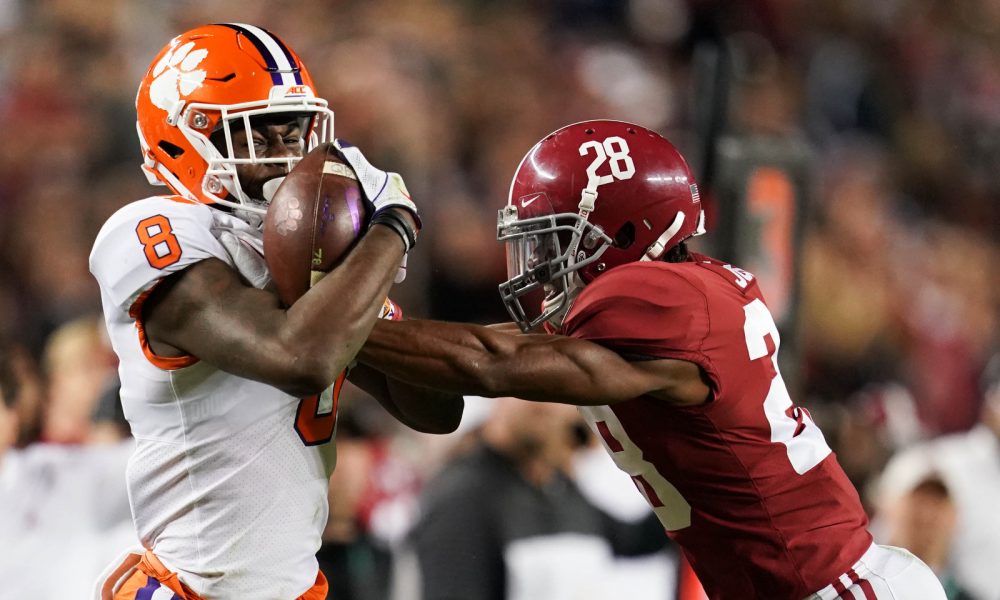 Despite rumors on Twitter stating the talented wide receiver may transfer to Alabama, the redshirt junior put the rumors to rest.

As a native of Phenix City, Ala., the Crimson Tide pursued Ross in the 2018 recruiting cycle. He drew comparisons to former Alabama standout Julio Jones, especially with his size. The 6-foot-4, 205-pounder exploded onto the scene as a freshman.

RELATED: Should Henry Ruggs consider trying out for the olympics someday?

He led the Tigers in receiving yards (1,000) on 46 catches with nine touchdowns. Ross burned the Tide in the 2019 College Football Playoff National Championship Game. He recorded a game-high six receptions for 153 yards with one score and paced Clemson to a 44-16 victory.

After posting eight touchdowns as a sophomore, Ross missed the entire 2020 season due to a congenital fusion condition of his neck and spine.

He sustained the mishap in the spring, and it required surgery. Ross now returns as one of the best playmakers in college football.

He is not going away from Dabo Swinney.