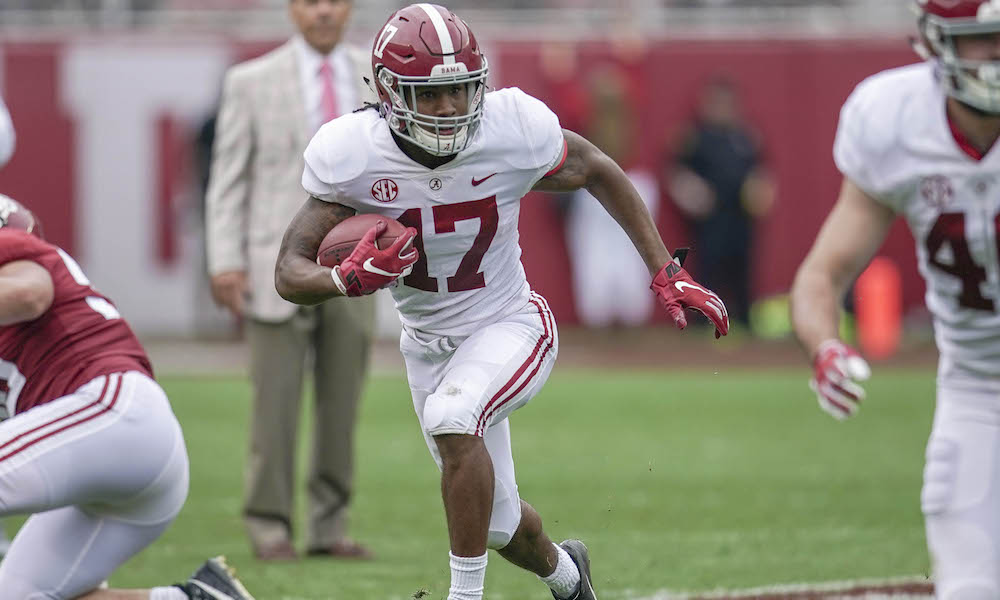 The Miami Dolphins have signed its first pick from the NFL Draft.

Jaylen Waddle, who was selected at No. 6 overall, has inked a four-year contract that is fully guaranteed. During his career at the University of Alabama, the Houston (Texas) native recorded 106 catches for 1,999 receiving yards and 17 touchdowns.

He suffered a right ankle injury in 2020 but still turned in 28 receptions for 591 yards with four scores. Waddle had four consecutive 100-yard performances versus Missouri, Texas A&M, Ole Miss, and Georgia before sustaining a mishap against Tennessee. He returned to the Crimson Tide for the College Football Playoff National Championship versus Ohio State.

RELATED: ESPN experts have Najee Harris and Jaylen Waddle among predictions for NFL Offensive Rookie of the Year

According to Spotrac, Waddle’s rookie deal is good for $27 million. He will have a $17 million signing bonus, and his average salary is $6.7 million. Waddle also has a fifth-year option available. Miami wants to see Tua Tagovailoa become a special quarterback in his second season, and getting Waddle will help him transition. Before getting drafted, Waddle won a Southeastern Conference title in 2018 and helped the Tide secure a national championship last season.

He gives the Dolphins a threat at wide receiver and as a return specialist in open space.