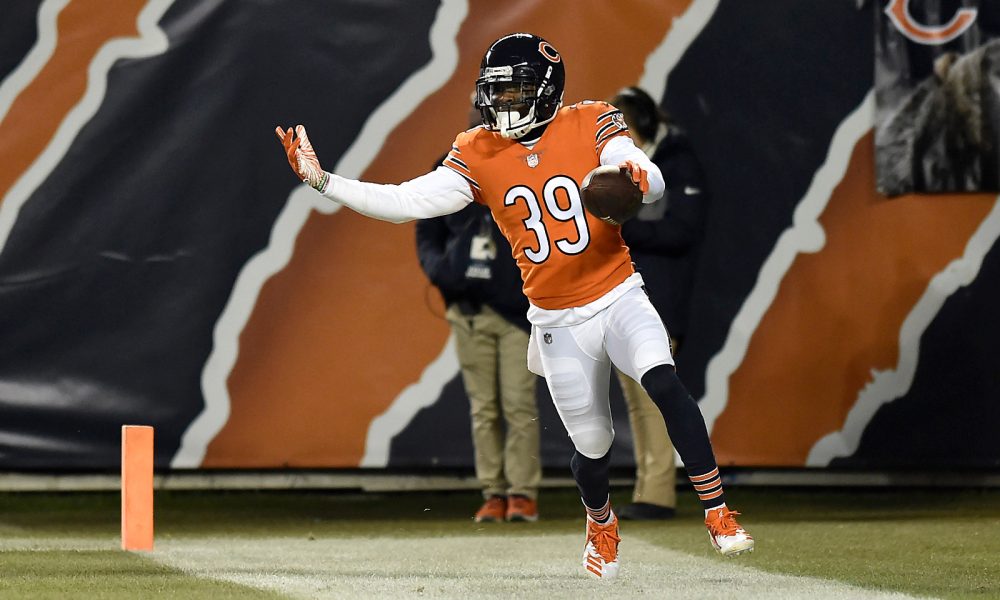 Eddie Jackson is one of the best safeties in the National Football League.

Through his first 62 games, he’s totaled 266 tackles, 31 pass breakups, 10 interceptions, seven forced fumbles, six fumble recoveries, and six touchdowns. After being selected in the fourth round (No. 112 overall) in the 2017 NFL Draft, he has become a consistent starter for the Chicago Bears. Jackson was selected to two Pro Bowls (2018, 2019), made first-team All-Pro in 2018, and is a member of the 100 Greatest Bears of All-Time. He accomplished these accolades in wearing No. 39 in his first four years.

As a native of Lauderdale Lakes, Fla., Jackson is returning to his Alabama football roots this fall.

He is switching back to wearing No. 4: a number he donned throughout his career for the Crimson Tide.

Eddie Jackson (No. 4) returns an interception for a touchdown for Alabama in 2016 versus Western Kentucky/ Photo by Marvin Gentry – USA TODAY Sports

In his four seasons at Alabama (2013-16), Jackson recorded nine interceptions (three for scores), 12 pass breakups, and two punt returns for touchdowns. He had a career-high six picks — including two for scores — in 2015 as he paced Alabama’s defense to a national championship.

Jackson was voted a permanent team captain by his peers for his efforts in 2016. Despite sustaining a leg injury that season, he was regarded as one of the best players on the team.

Jackson turned in 82 tackles (career-high) for the Bears in 2020 and had 63 solo stops, five breakups, three forced fumbles, and one touchdown in 16 regular-season games.

His return to No. 4 will be fun to watch.