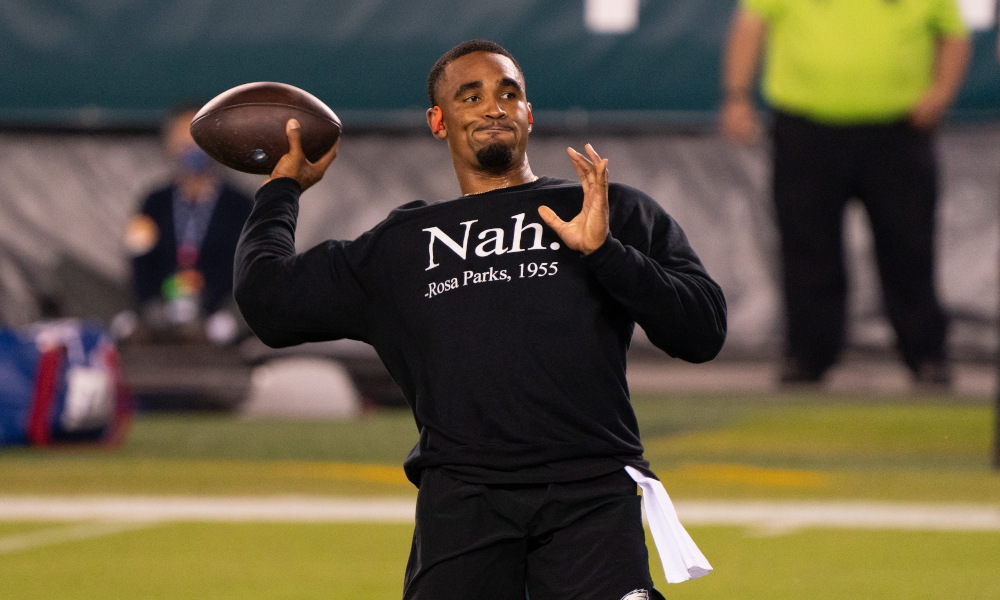 The pair of former Alabama players played two seasons together in Tuscaloosa where they were able to reach back-to-back national championship games.

During the team’s voluntary OTA’s Hurts and Smith connected on a few routes during the session reminding football fans what they are in store for this upcoming season.

Jalen Hurts to DeVonta Smith. A thing of beauty.

Philadelphia selected Smith with the 10th overall pick in the 2021 NFL Draft after winning the Heisman Trophy in his final season with the Crimson Tide.

His teammate Hurts is competing for the starting quarterback spot this upcoming season after starting six games in 2020. The addition of Smith will continue to give Hurts a chance to further win over the team and the coaching staff in his pursuit to be the franchise quarterback.