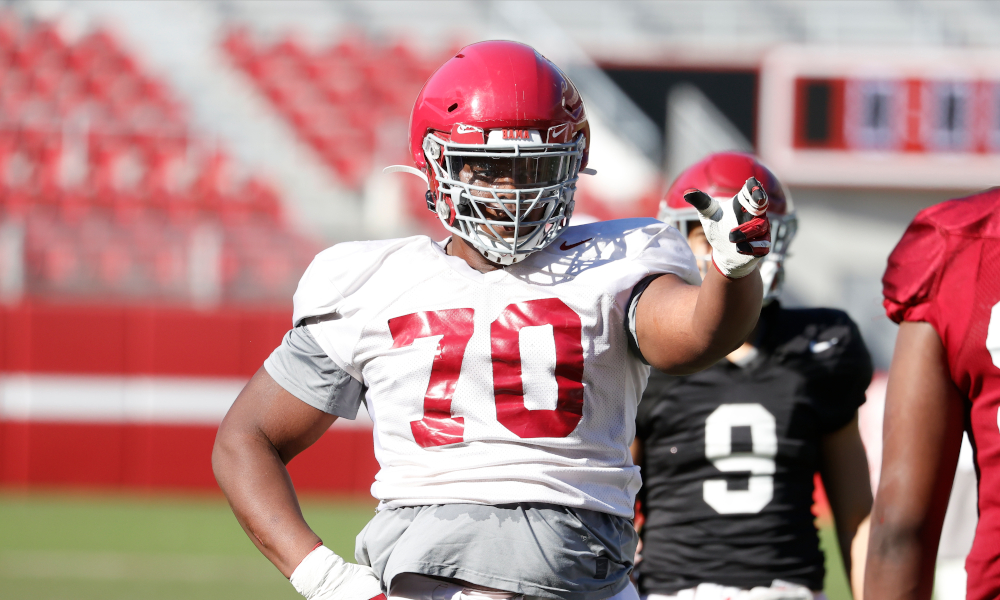 The remainder of Alabama’s freshmen class has arrived on campus.

Ga’Quincy McKinstry (defensive back) and JC Latham (offensive lineman) both earned a diamond grade of one from Touchdown Alabama Magazine’s independent recruiting rankings, which means they project as “immediate contributors and game-changers.”

Seven of the 27 players hail from the state of Texas. Fans want to see them succeed, but their teammates are more excited.

Javion Cohen, a sophomore, weighed in on the summer enrollees via Twitter.

The 6-foot-4, 325-pounder will be competing against Dallas Turner, Kendrick Blackshire, Tim Keenan III, and Anquin Barnes in practice. He knows the young guys are ready to help Alabama repeat as national champions; however, Cohen is prepared too.

Fall camp will be interesting, but the Tide is set to pursue a dominant season.