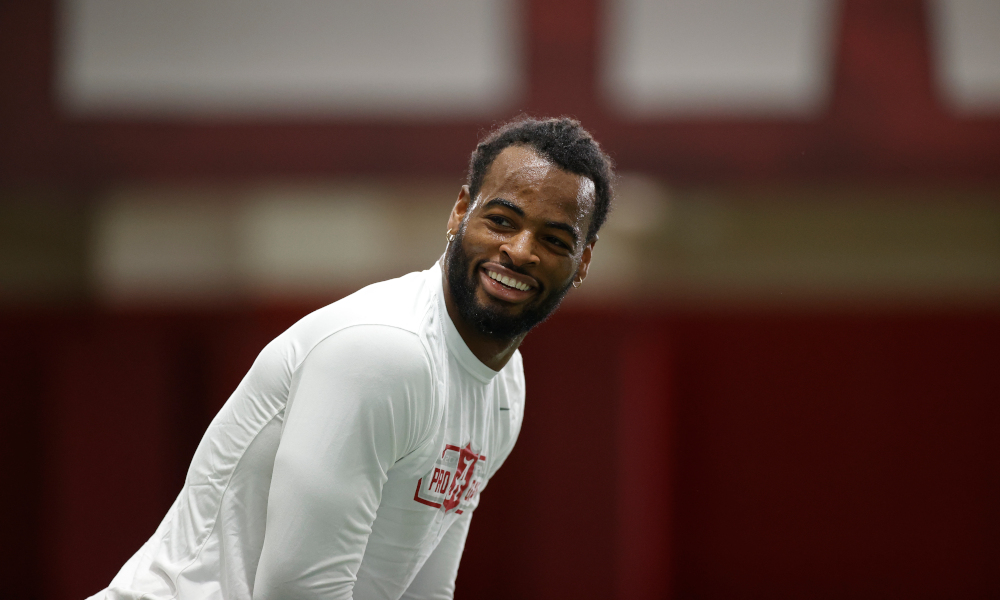 Former Alabama running back, Najee Harris continues to show the Pittsburgh community it landed one of the biggest personalities in the 2021 NFL Draft when the Steelers selected him in the first round.

The rookie running back looks as if he is taking in all the community has to offer. He was spotted at a Penguins Game Monday sporting a Penguins jersey and a Pirates hat when the crowd erupted as he was shown on the jumbotron waving a terrible towel around.

Najee Harris is the definition of living your best life. @ohthatsNajee22

Harris was the first running back selected in the 2021 NFL Draft. The Steelers were able to win 12 games last season despite having a lackluster rushing attack. The Doak Walker Award-winning running back will be leaned on to help the franchise get back to being a threat on the ground in the future.