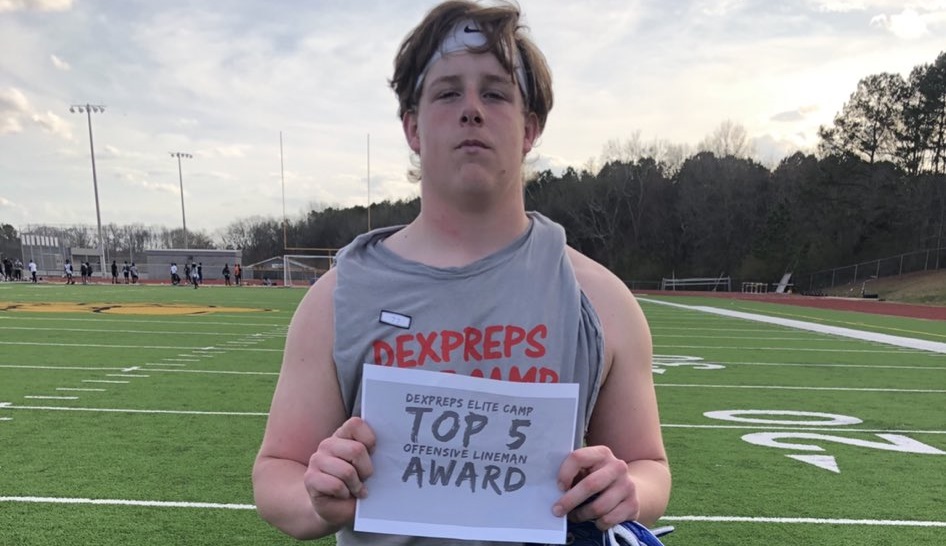 Mars Hill Bible’s sophomore offensive lineman, Koby Keenum has seen his recruitment take off over the last couple of months, and it shows no signs of slowing down.

The offensive tackle, who played varsity football for the first time last fall has come a long way in a short time. Keenum has pulled in eight D1 offers since receiving his first offer from Arkansas in March. Virginia, Georgia Tech, Louisville, Penn State and Florida State have all offered him this month.

The 2023 offensive lineman said he has enjoyed the beginning of his recruitment but does not want the early success to get the best of him.

“It has been fun,” Keenum told Touchdown Alabama. “I have been trying to hard work, stay humble and keep my head down. I am not trying to let all the offers and the other stuff impact me. I want to continue to get better and get more offers.”

There are multiple other programs, who have shown interest in Keenum but have not extended an offer to him yet. Alabama football is one of those programs.

“I have mainly been talking to coach Roach,” Keenum said. “He has been telling me he wants to get me on campus, meet me and see what type of person and how well I can move. I think a lot of these big schools want to see how good I can move and how I look in-person.”‘

Georgia, Tennessee, Auburn and Florida have also shown interest in Keenum. He has plans to camp at Alabama, Georgia, Auburn, Clemson, Tennessee, Georgia Tech this summer. The Crimson Tide’s coaching staff will get to see him in action on June 19th.

Keenum currently stands at 6-foot-4 and weighs 285 pounds. He has seen his offer list steadily grow after putting together an impressive sophomore season for the Panthers. Several coaches have expressed they were impressed with Keenum’s field upon offering him.

“Many of them tell me that they like that I am aggressive, quick on my feet, I have a good first step and I finish blocks,” Keenum said.

The conversation of who is the top offensive lineman inside the state of Alabama in the 2023 class will definitely have Keenum in it.