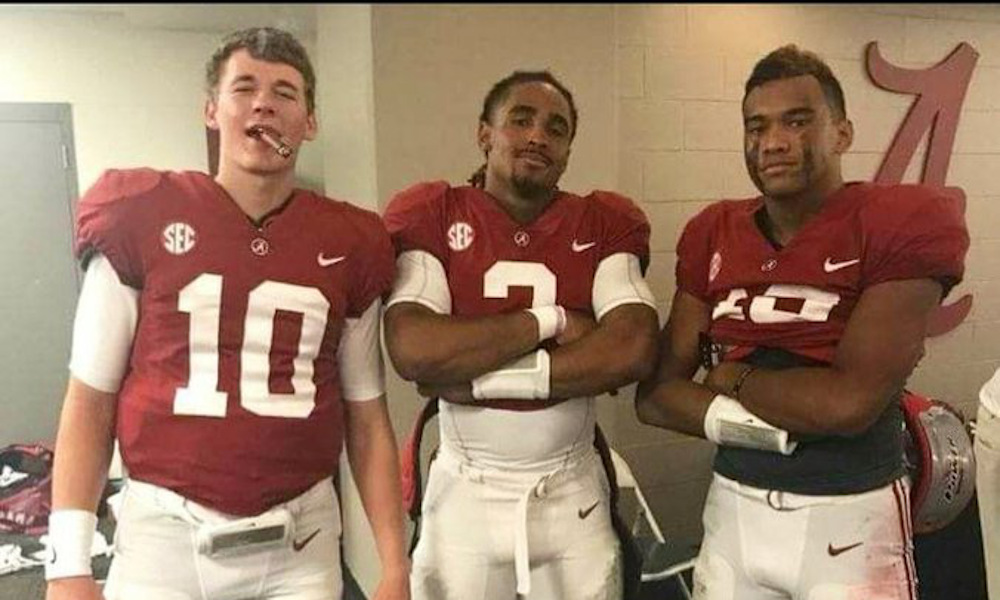 As we wrap up Memorial Day, one ESPN analyst came to Alabama football fans with a difficult question.

Ryan Clark, an alumnus of Louisiana State University, wants to know who has the best NFL career between Jalen Hurts, Tua Tagovailoa, and Mac Jones. The Crimson Tide had all three quarterbacks on its roster in 2017 and 2018, before Hurts spent his final collegiate season at Oklahoma in 2019. The trio made it to the pros, with Tagovailoa and Jones being first-round picks.

Of the 3 young, former Alabama QBs who you taking? If you had to make a decision today on your guy is it Tua, Hurts, or Jones? Who has the best career?

Alabama fans were torn because they love all three players. Hurts provided loyalty in remaining with the team in 2018, as he came off the bench to push it to a Southeastern Conference title. Tagovailoa brought the program an exceptional passer, and he came off the bench as a true freshman to win the College Football Playoff National Championship against Georgia. He was not the most highly-touted recruit; however, Jones delivered the Tide to its second undefeated national title season of the Nick Saban era.

RELATED: Mac Jones ‘threw the best ball of anybody in camp’ according to a report from Patriots OTAs

Hurts and Tagovailoa are expected to take a step forward in year two of their NFL careers.

Jones landed in a great situation with the New England Patriots and is pushing Cam Newton for the starting job.

We shall see who has the best career, but the important thing is Saban got all three to the pros.