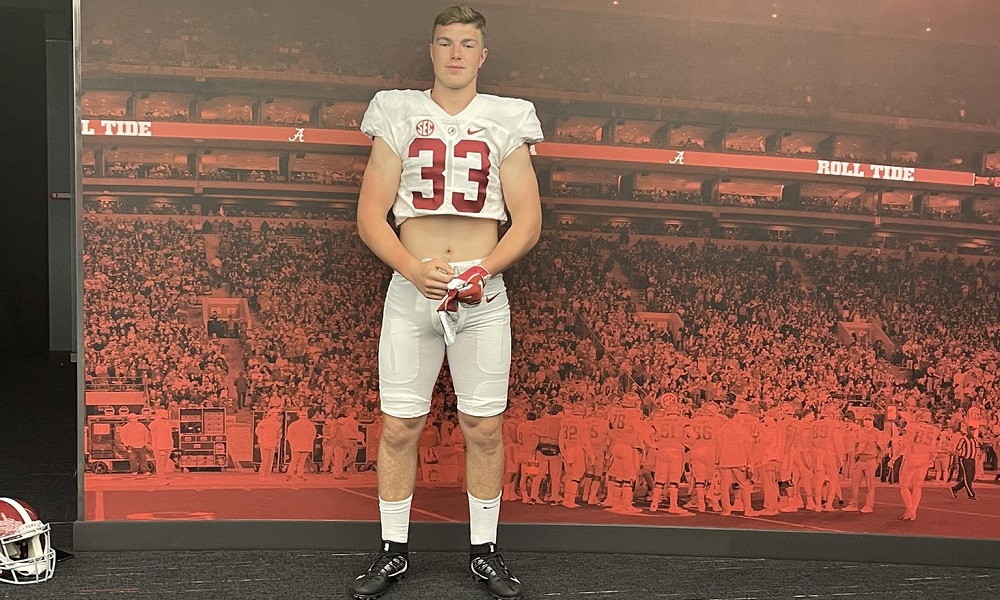 The tight end out of Europe has collected multiple offers from D1 college football programs as of late. Georgia Tech and Arizona State are among the programs that have offered the rising prospect. Öhrström said he had been working to garner attention from a program like Alabama.

“It felt incredible,” Öhrström said. “Getting an offer from a powerhouse like Alabama is something I have been working for a long time.”

Öhrström is quite familiar with Alabama football’s success.

“I think it is an amazing program that has obviously proven itself to be the best in college football in the last 15 years.”

Alabama’s coaching staff extended an offer to Öhrström after watching him participate in camp. The Crimson Tide’s special teams coordinator and tight ends coach Drew Svoboda was very impressed with his understanding of the game.

“Coach Svoboda said that I had a way higher football I.Q. than expected and that I had natural hands,” said Öhrströ.

@TheodorMelin class of ‘23 TE 6’6 245lbs made this catch at @AlabamaFTBL camp and Coach Nick Saban came to introduce himself after!@RonnyTorres_ @SWiltfong247 @adamgorney pic.twitter.com/OyvMDk2NWs

Öhrström currently stands at 6-foot-6 and weighs 245 pounds. He has the potential to be one of the top tight ends in the 2023 recruiting class with his combination of size and athleticism.

Alabama hosted a large group of players from Europe this weekend. PPI, an organization, whose mission is to build a bridge between the undervalued rich market of international American Football Players and Major College football programs in the USA, brought a group of international prospects to Tuscaloosa to visit and camp.