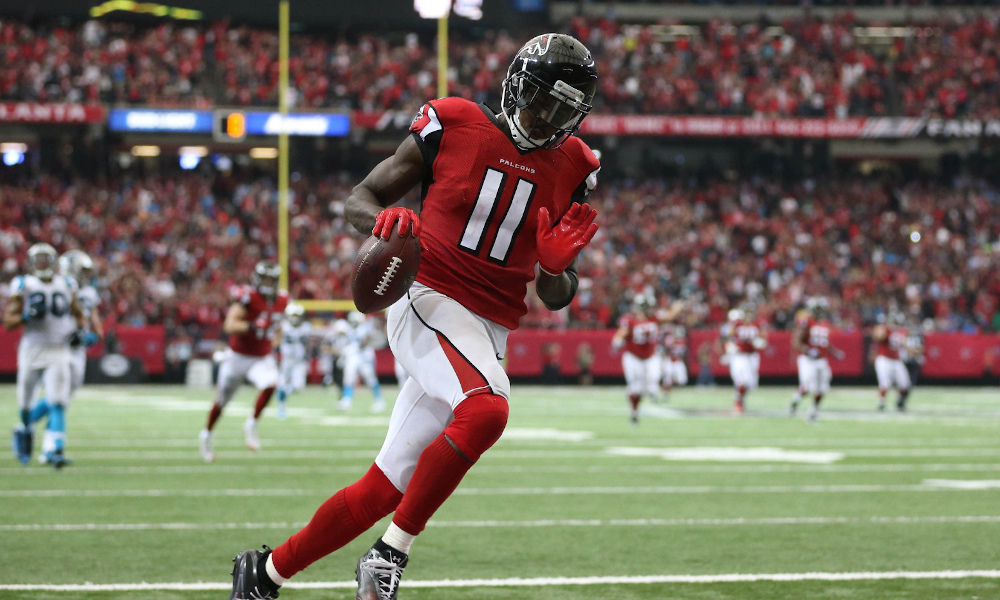 After months of speculation and an impromptu live cell phone interview, Julio Jones is on the move. It was first reported by NFL Network’s Ian Rapoport that the Atlanta Falcons have traded Jones to the Tennessee Titans in exchange for “at least a second round pick.”

Sources: The #Falcons are trading All-Pro WR Julio Jones to the #Titans in exchange for at least a 2nd round pick. A blockbuster for Tennessee, who now gets the coveted big-play threat. And Atlanta ends up with very nice value.

Rapoport later updated his report with the full deal of the trade as the Falcons will receive a 2022 2nd round pick along with the Titans 4th round pick in 2023. The Falcons also free up over $15 million this season and are off the hook for the remainder of his contract giving the team much more financial flexibility in the future.

Jones, who was a part of the Falcons franchise for a decade, leaves the team with the most receiving yards in team history and was instrumental in reaching Super Bowl in 2017.

Titans wide receiver A.J. Brown was a massive advocate for his team trading for Jones after the former Ole Miss receiver made a number of social media posts across platforms in an attempt to convince Jones to join the offense.

Jones will also be playing alongside another Alabama standout in running back Derrick Henry who is coming off a season where he led the league in both rushing yards and rushing touchdowns.