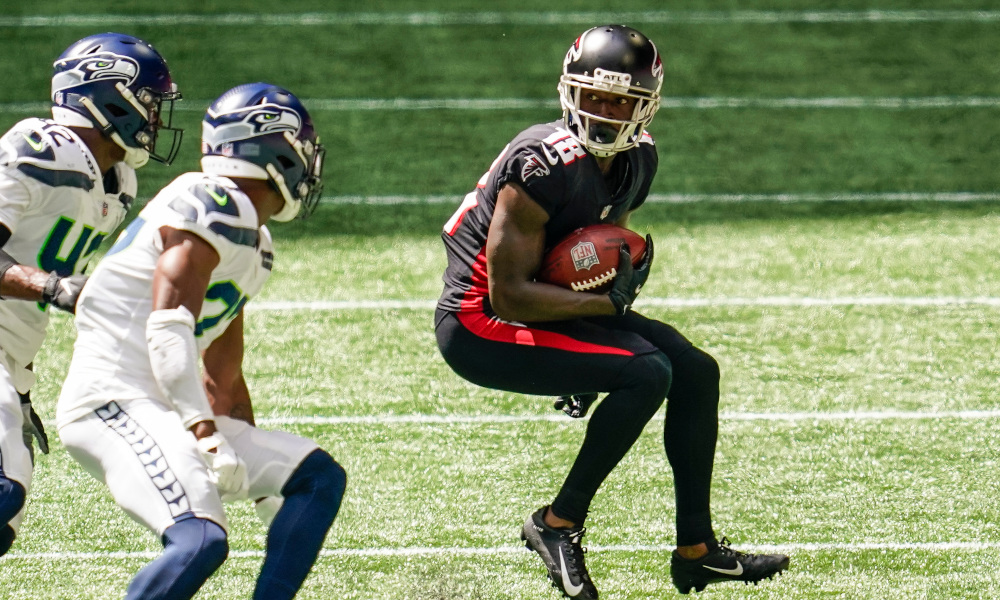 Calvin Ridley showed the Atlanta Falcons why he was one of the best wide receivers in the 2018 NFL Draft class last year.

After totaling 800-plus receiving yards in each of his first two seasons, the former Alabama standout broke out in 2020 with his first career 1,000-yard campaign. As a South Florida native, Ridley totaled 1,374 yards receiving with nine touchdowns on 90 catches. He tied for 10th in the league for yards and tied for fifth in scores while averaging 15.3 yards per reception in 15 games.

Ridley had eight 100-yard performances and was named second-team All-Pro for his 2020 efforts.

The Falcons picked up the fifth-year option on his contract, and he now becomes the No. 1 receiver on the team. He missed the last three games of 2019 due to an abdominal injury, and Ridley will not participate in minicamp. According to Ian Rapoport of NFL Network, the two-time national champion at Alabama recently had a minor foot surgery to clean out some tissue.

He will be prepared to go for Falcons’ training camp.