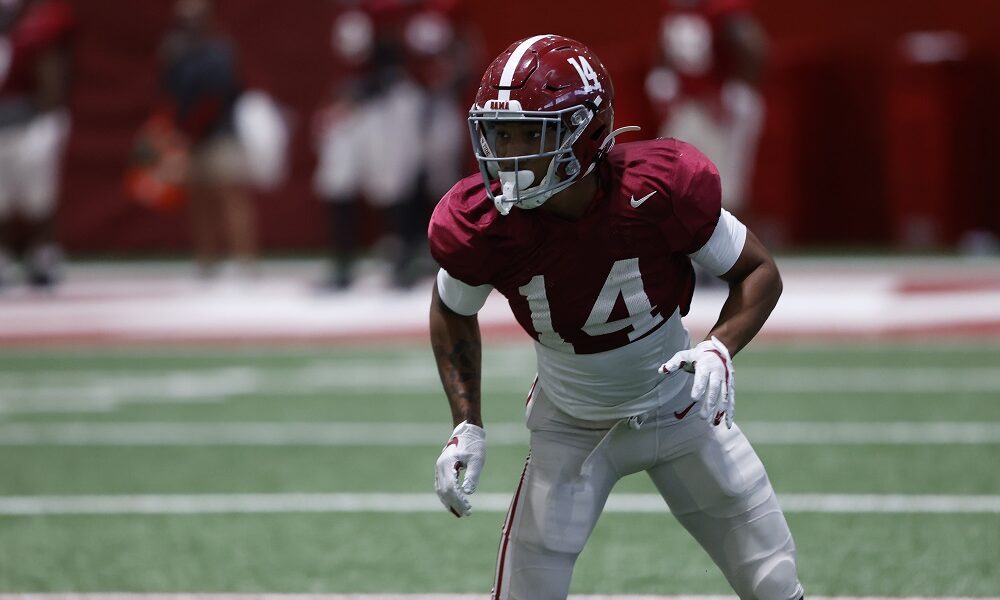 Alabama’s defense established a “No Fly Zone” secondary in 2015.

With names such as Eddie Jackson, Minkah Fitzpatrick, Cyrus Jones, Marlon Humphrey, Ronnie Harrison, Anthony Averett, Tony Brown, and Levi Wallace, the Crimson Tide’s defensive backfield was responsible for 42 of the team’s 54 interceptions (77.8%) from 2015 to 2017. The secondary returned 10 picks for touchdowns during the three-year span, pacing Alabama to two College Football Playoff National Championships. Fans have been waiting on this type of performance to return to the program.

This year is setting up to be a dominant one for the secondary.

Patrick Surtain II was the only player lost to the NFL Draft. Alabama has its veterans; however, one player is poised to have a massive impact.

Brian Branch gave people a taste of what he is capable of during the 2020 season. He played in 12 games as a true freshman, including three starts versus Mississippi State, Notre Dame, and Ohio State. The 6-foot, 190-pounder had 27 tackles, seven pass breakups, two interceptions, and one quarterback pressure. Branch, a native of Tyrone, Ga., was exceptional in his three starts — totaling 14 tackles and six breakups. He replaced an injured Malachi Moore in CFP matchups versus Norte Dame and Ohio State.

As the all-time career leader for picks at Sandy Creek High School, Branch had seven tackles and four breakups in the playoff. He assisted the Crimson Tide to a 52-24 victory over the Buckeyes and an undefeated national championship year.

RELATED: Jalen Hurts to host a youth football camp in Alabama this weekend

Branch has been training with Andre Powell of PASS Training Academy this summer. Powell has the top training program in Atlanta, and his system focuses on power, ability, speed, and strength. He is the head coach of a 7-on-7 team and has trained some of the best defensive backs in the nation. He sees Branch as the next ruthless defender on the rise in college football.

Pass Training Academy has some of the most ruthless DBs in all of college football 🤫🤫🤫#TeamPass pic.twitter.com/N6GIUJn43z

Y’all make sure y’all remember the name Brian Branch @BrianBB_1 He is a dawg!! #TeamPass https://t.co/7jIafbE8gy

Everyone is excited about this year’s group. Nick Saban knows what he has, and Branch is about to break out.