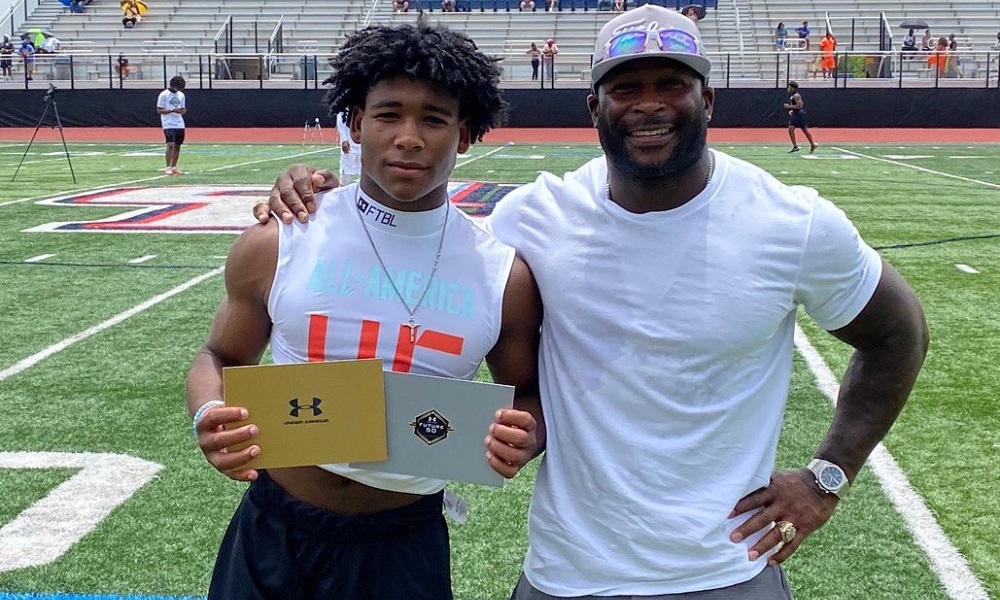 Alabama football has produced a stable of talented running backs during the Nick Saban era, and it is looking to continue that tradition.

The Crimson Tide currently have verbal commitments from two 2022 running backs after getting a signature from 2021 five-star running back, Camar Wheaton in February. Nick Saban and Alabama’s coaching staff are keeping their eyes towards the future of the running back position in Tuscaloosa, which could center around a number of different running back prospects in the 2023 recruiting class. Justice Haynes is one of those prospects.

The Roswell, Georgia product received an offer from the Tide in March. He took his first visit to the University of Alabama earlier this month. Haynes was able to spend some time with coach Saban and the veteran coach told him he was a big fan of his game.