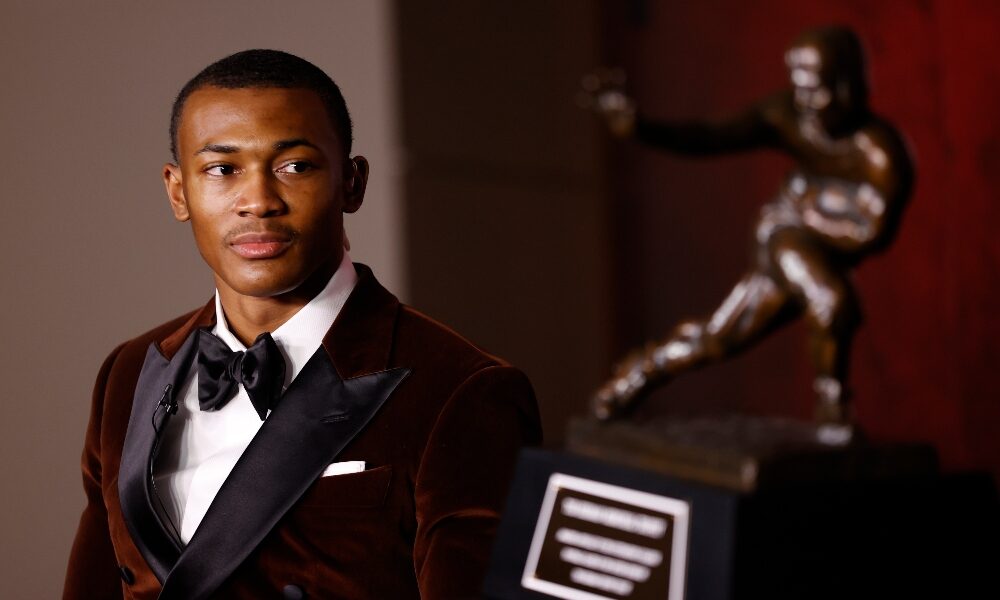 The trophy case for DeVonta Smith is still filling up.

He has won every award imaginable for his efforts last season at Alabama, but the Crimson Tide legend now adds another honor.

Today, Smith was the winner of the Roy F. Kramer SEC Male Athlete of the Year.

The Louisiana native dominated college football in 2020, posting 1,856 receiving yards with 23 touchdowns on 117 catches. He led all wide receivers for catches, yards, and touchdowns while finishing his career as Alabama’s all-time leading receiver. Smith was selected at No. 10 overall by the Philadelphia Eagles in the NFL Draft and signed a four-year contract worth $20.1 million.

A couple of his former teammates and other supporters of Tide football congratulated him on Twitter.

So well deserved…especially for a guy many thought of as “the third option at WR earlier in his career. Incredible legacy left behind. #RollTide https://t.co/vuJ8lilpCg