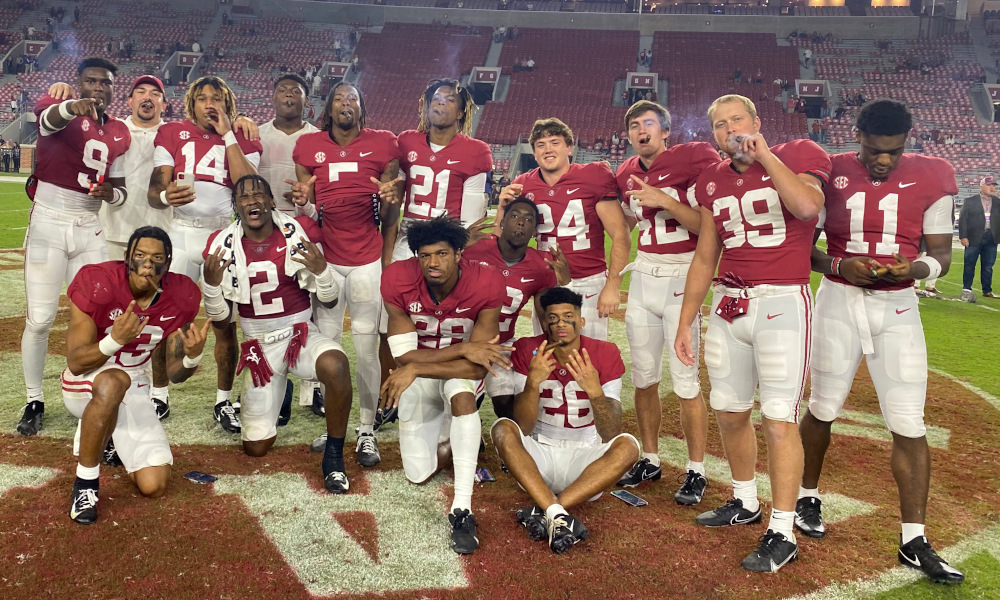 The Crimson Tide got its 15th victory of the Nick Saban era over the Volunteers. Alabama fans provided energy at Bryant-Denny Stadium, and a haze of smoke happened at the end. Players, coaches, and fans of Tide football all lit cigars in celebration as Alabama enters the bye week at 7-1. It has some things to correct, but Saban is taking an opportunity to enjoy the moment.

Photos and videos surfaced on social media, capturing the celebration.

That’s 15 in a row with these two. Cannot believe I get to do this for a living! @makennahsdad pic.twitter.com/ihh90PYifO

A great win to a great rivalry. @abc3340 @AlabamaFTBL pic.twitter.com/SXZIxfbutW

Tide players celebrating with cigars on the field

Alabama players jumping into the stands to celebrate with students and fans. pic.twitter.com/4wK9gZlTZP