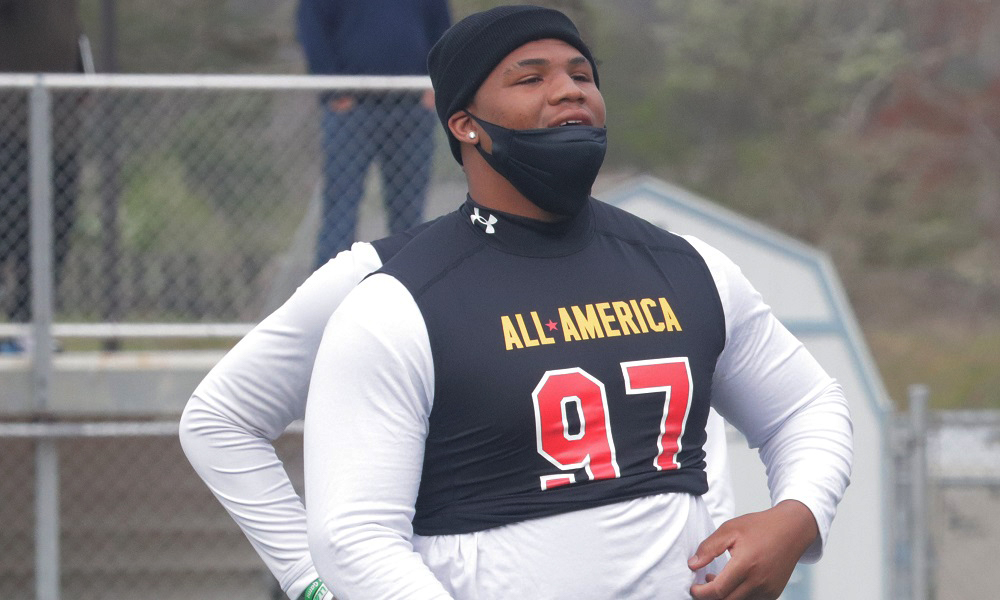 Nolen released a top eight in April. Tennessee is the only program to make Nolen’s top five after being left out of his top eight. The Crimson Tide have been a part of every top schools’ list Nolen has ever released.

The Tennessee product previously told Touchdown Alabama he was in constant contact with Nick Saban.

“I have been talking to coach Saban a lot,” Nolen said. “He is trying to help me long-term. He wants to make sure I am straight in the long run. He always asks me about my education and what I will do in a school if I went up there. It is always a good thing because school is always going to come first.”

Alabama hosted Nolen for a few days in June after visiting Florida, Michigan and Tennessee. The Bulldogs got him on campus after the Tide.

Great visit in BAMA had a great time #RTR 🐘🐘 pic.twitter.com/A9USiHXTdT

With Nolen including Alabama in his top five, it is clear the Tide are going to be involved in his recruitment to the very end.