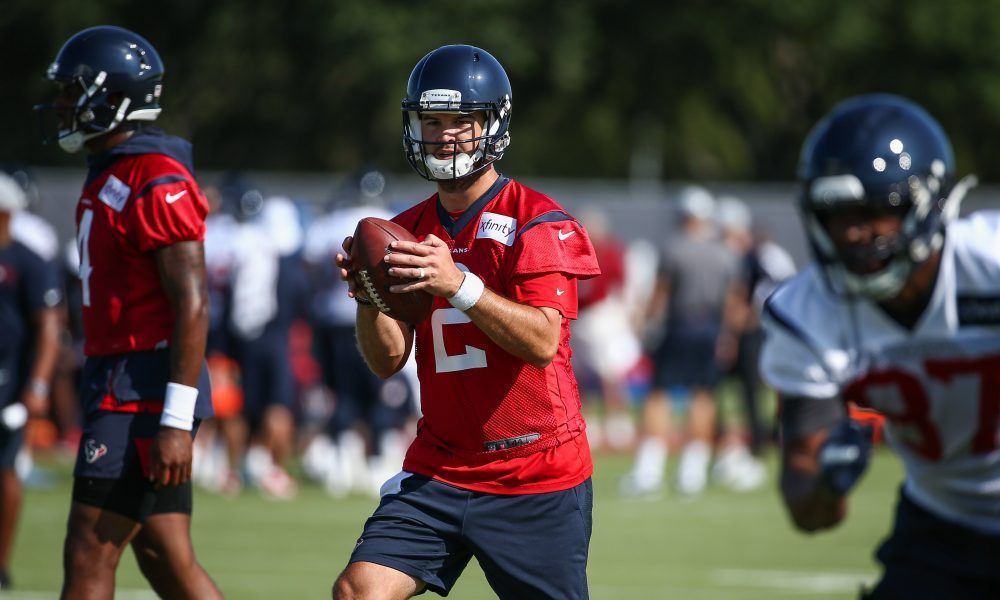 What was expected to be a run of the mills shopping trip turned into lifelong memories on Friday, when fifteen kids were treated with a surprise shopping spree courtesy of former Alabama quarterback A.J. McCarron.

McCarron shocked the group when he popped up at the Academy Sports in Mobile where he took photos and signed autographs. But following the greeting session McCarron handed out $150 gift cards to each kid to spend at the store.

“It was awesome just to see their faces, to see them surprised,” McCarron said as reported by WKRG 5. “It’s just a blessing to be able to give back, so just excited.”

The Atlanta Falcons quarterback will be hosting his annual summer football camp Saturday where over 700 kids will be in attendance.

Drafted in the 5th round of the 2014 NFL Draft by the Cincinnati Bengals, McCarron has made his career primarily as a backup quarterback. Along with Cincinnati, McCarron has suited up for multiple other teams such as the Buffalo Bills, Las Vegas Raiders, Houston Texans and now the Falcons.

Due to the COVID-19 pandemic, McCarron was not able to hold his football camp, but following the year long hiatus he’s eager to return to the field to continue to put smiles on kids faces.