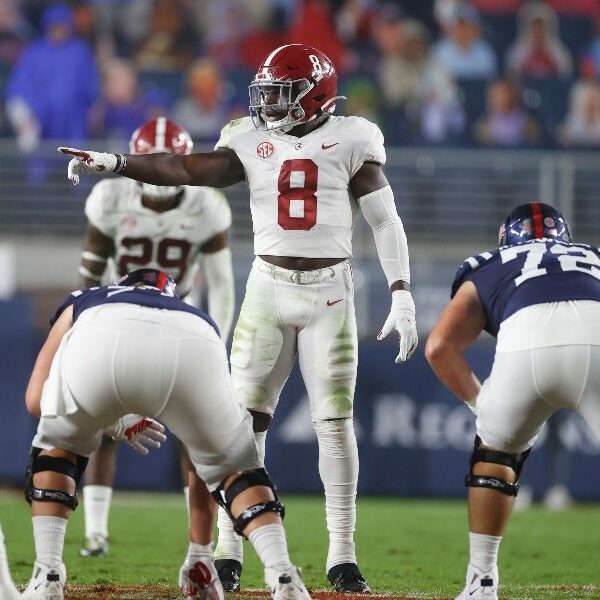 The excitement surrounding this Alabama defense is high.

Since 2018, the Crimson Tide has had enough of hearing about how it is no longer elite defensively. Regardless of it leading the Southeastern Conference in points allowed (19.4 ppg) last year, there were still people who felt as though it did not do enough.

After seeing what the 2016 group accomplished, Tide fans have compared the following units after it. A video has surfaced on social media of the 2016 defense and how dominant it was.

Many people left comments, and a few players from the team spoke about how special it was.

Ronnie Harrison and Tim Williams said 2016 was the most fun they had playing football.

Probably the most fun I had playing ball no 🧢 https://t.co/ZJ8Vllmf1Z

Our whole defense went to the NFL https://t.co/s467iEnzyx

T.J. Simmons, a former Alabama wide receiver, said the 2016 defense was guaranteed to score a touchdown every game.

The Defense was gone get yah at least one tuddy a game! Watching these boys cook freshman year was truely a site to see https://t.co/XLy1dNpDi2

This year’s team has the playmakers to equal what 2016 did, but will it live up to the standard?

Names such as Christian Harris, Will Anderson, Phidarian Mathis, Christopher Allen, Henry To’oto’o, Malachi Moore, and Jordan Battle will make sure it happens. With a new offensive coordinator, a lot of the responsibilities will be placed on defense.

Alabama will start its season on Saturday, Sept. 4 versus Miami at Mercedes-Benz Stadium.