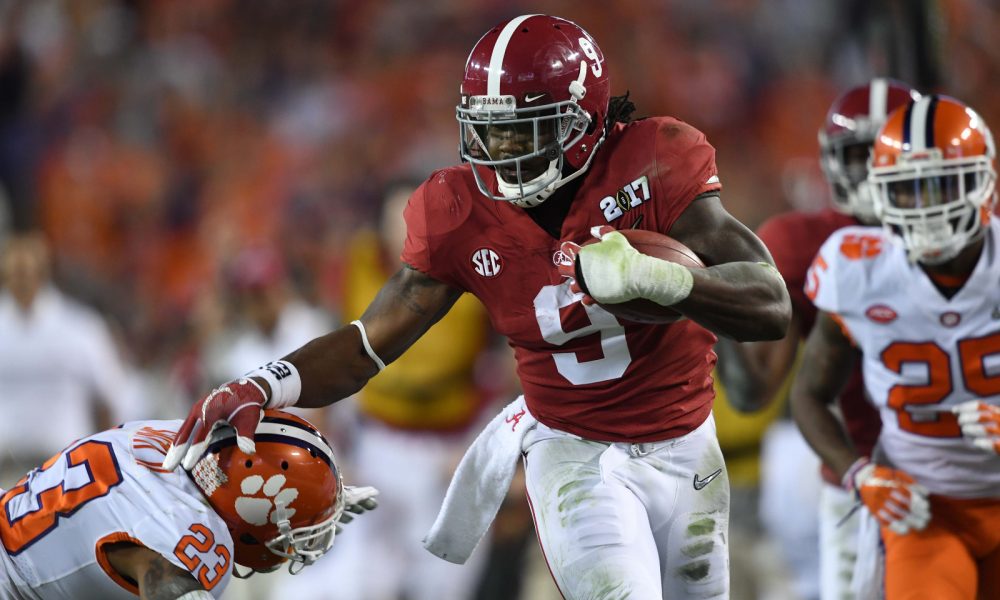 The campers endured lightning and rain; however, the competition, laughter, dancing, and seeing someone bring youth and former stars together was special for Tuscaloosa.

Last week, the championship town of Alabama supported its native son. Bo Scarbrough wants to see more young athletes accomplish success in football from rough areas. He saw where his talent took him, but he knows that life is bigger than him.

The former Crimson Tide running back held a football clinic at Central High School. Names such as Alphonse Taylor and Ronnie Clark helped Scarbrough with the event. Taylor, a native of Mobile, Ala., was an offensive lineman at Alabama from 2012 to 2016.

Taylor is no longer playing football; nevertheless, he showed the young guys his dominance. He worked with the athletes who want to become offensive or defensive linemen at the next level.

When the rain started, Taylor created some laughs during one drill as he demonstrated the technique of winning against a defensive lineman. He blocked for a 2,000-yard rusher in Derrick Henry in the 2015 season.

Ronnie Clark, a native of Calera, Ala., played for the Tide from 2014 to 2018. He, like Taylor, was on multiple SEC and national championship teams. Clark coached the running backs in drills.

Scarbrough took part in making sure each group had fun. He was seen chest-bumping, celebrating touchdowns and interceptions, and coaching during a 7-on-7 session. With the DJ spinning music, Central was the attractive spot over the weekend.

We are seeing the next wave of wide receivers at Bo Scarbrough’s camp.

The participants were timed in the 40-yard dash and had a tug-of-war game at the end.

Johnny Jackson, the founder of JPI Sports in Northport, Ala., helped Scarbrough with the clinic. He has known the 2015 national champion since his days at Northridge High School. Jackson mentored Scarbrough into the man he’s become, and he was also an intern in Alabama’s strength and conditioning department from 2008 to 2009. He was very proud to see his guy give back.

Scarbrough had plenty of 14 to 18-year-olds with major talent. A few of the athletes have an opportunity to be five-star prospects and could have a future career in the pros. He is about having fun, and Scarbrough brought joy to Tuscaloosa with his clinic.