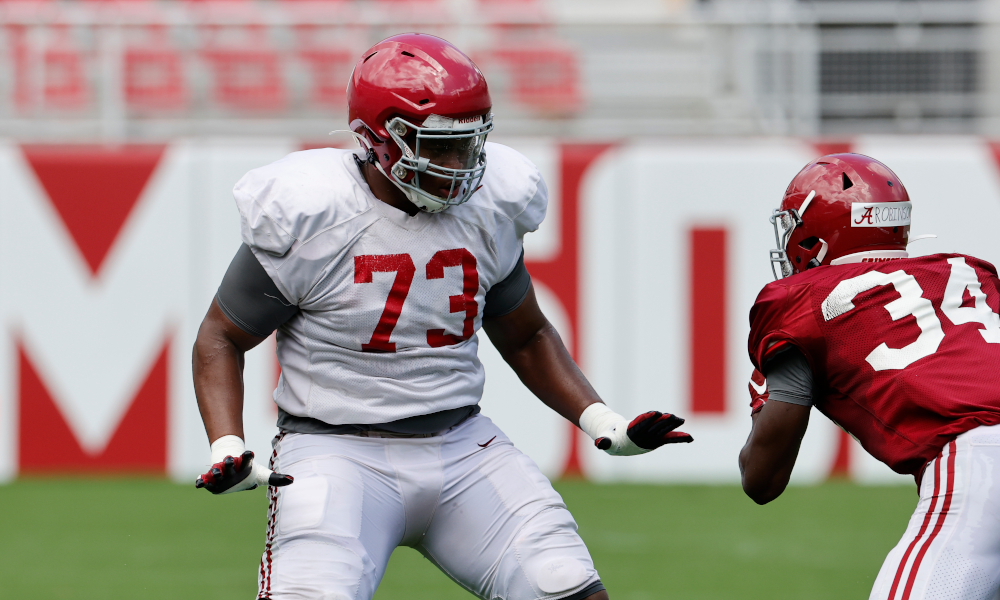 Alabama football knows Bryce Young will not be sacked from the left side this season.

Evan Neal is setting up to be the best offensive tackle in college football. The junior from Florida has been performing incredible feats of athleticism all summer. Strength coaches Dr. Matt Rhea and David Ballou have been mesmerized by Neal’s ability to push himself to exceed expectations. The 6-foot-7, 360-pounder one-upped himself in executing a high box jump at the indoor facility.

According to a video he shared on Twitter, fans were amazed at Neal’s explosion and balance.

He allowed just 1.5 sacks in 2020 on 810 snaps at right tackle. Neal is a preseason first-team All-American for Phil Steele, Walter Camp, and Sporting News. One should also expect for him to be named first-team at the SEC Football Media Days next week.

He will be one of the best linemen for the 2022 NFL Draft, but Neal is focused on winning a national championship.