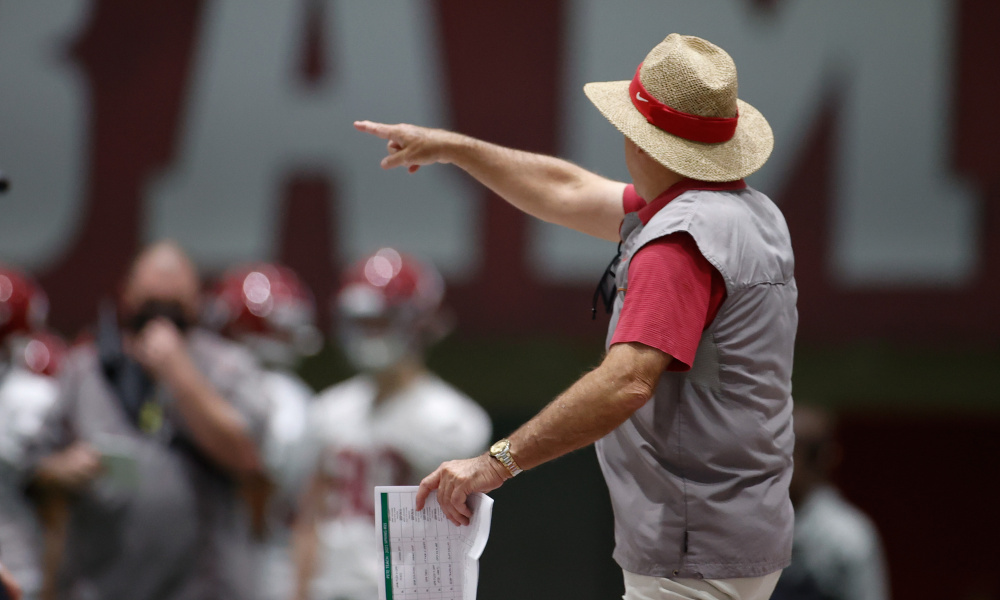 The Hyatt Regency-Wynfrey Hotel is ready for SEC Football Media Days, and our favorite Barstool Sports comedian is at it again.

Name, image, and likeness will be a primary topic for coaches next week. Before we see Nick Saban take the podium for the University of Alabama, Joey Mulinaro brings a hilarious impersonation of how he’ll attack the question on NIL.

The funniest part was him stating how NIL stands for zero. In channeling his inner Saban, Mulinaro says if players are more focused on their brand than the Crimson Tide’s program, then NIL becomes “NPL” (not playing long).

Throughout his coaching tenure, Saban has given us gems that became catchphrases for a season.

With a Coca-Cola bottle, a striped Alabama shirt, and a blazer, Mulinaro has us laughing before the season starts. How will Coach Saban address NIL?

RELATED: Brian Robinson ‘may be the No. 1 running back in this draft class’, per Bo Scarbrough

Will it become a distraction for the Tide?

It will be interesting to see Saban’s thought process on the situation. Alabama is scheduled to speak next Wednesday. John Metchie and Phidarian Mathis will accompany Saban in Hoover, Ala.