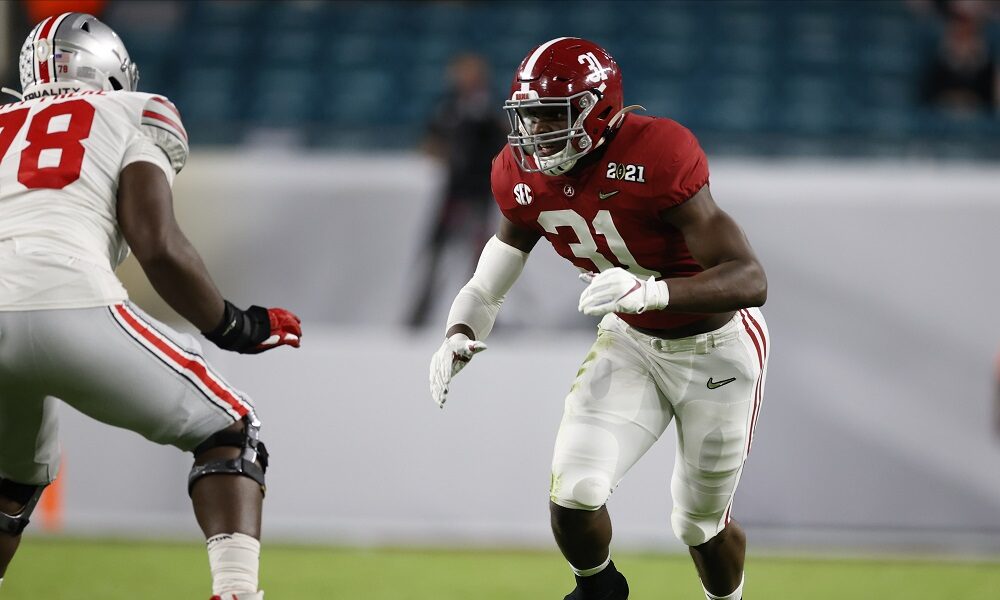 Alabama linebacker Will Anderson Jr. and defensive back Josh Jobe have been named to the 2021 Bednarik Award Preseason Watch List, the Maxwell Football Club of Philadelphia announced today.

The pair of defenders are among 90 players from around the country selected to the preseason list. Alabama has claimed the award twice with Jonathan Allen taking home the hardware in 2016 followed by Minkah Fitzpatrick a year later in 2017.

The Chuck Bednarik Award has been presented annually since 1995 by the Maxwell Football Club of Philadelphia to the top defensive player in college football. The award is named in honor of former college and NFL Hall of Fame linebacker Chuck Bednarik. The 2021 winner will be announced at the ESPN Home Depot College Football Awards Show held in early December at the College Football Hall of Fame in Atlanta, Ga.