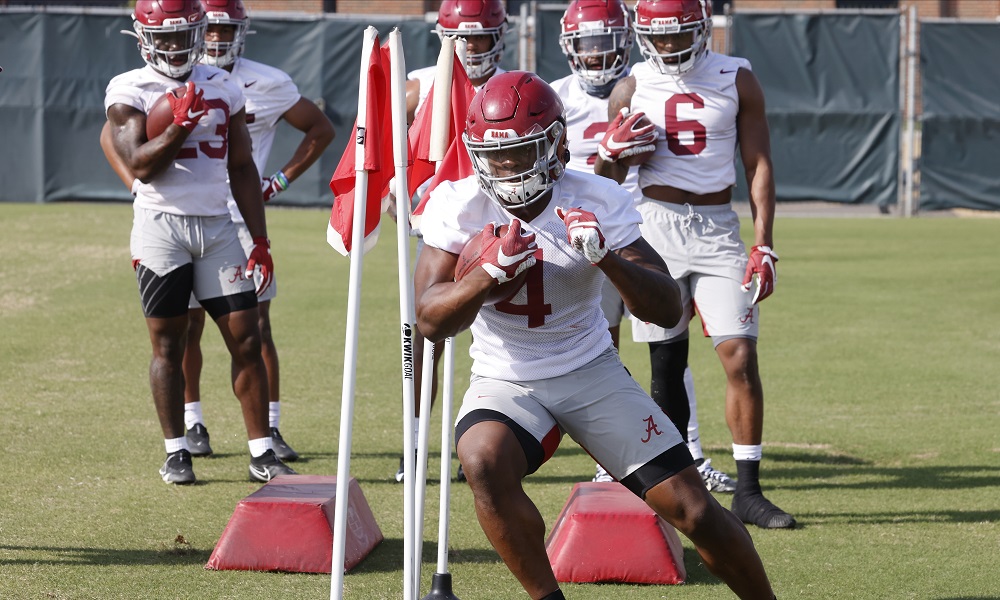 SEC Football Media Days have started, and the Maxwell Award preseason watch list is out.

According to the Maxwell Football Club, 80 candidates have been named to the list.

Brian Robinson and John Metchie represent the Crimson Tide for the Maxwell Award.

Congratulations to the 80 athletes who have been named to the list.

Award is given annually to the college football player of the year. #MaxwellAward #MaxwellFootball pic.twitter.com/CmTqIU6GcP

Robinson, a senior at running back, eyes an opportunity to have a big year to secure high draft value. He recorded 483 yards rushing with six touchdowns on 91 carries last year.

Metchie, a junior at wide receiver, takes over the No. 1 spot at his position and looks to increase his numbers from 2020. The 6-foot, 195-pounder totaled 55 receptions for 916 yards and six scores.