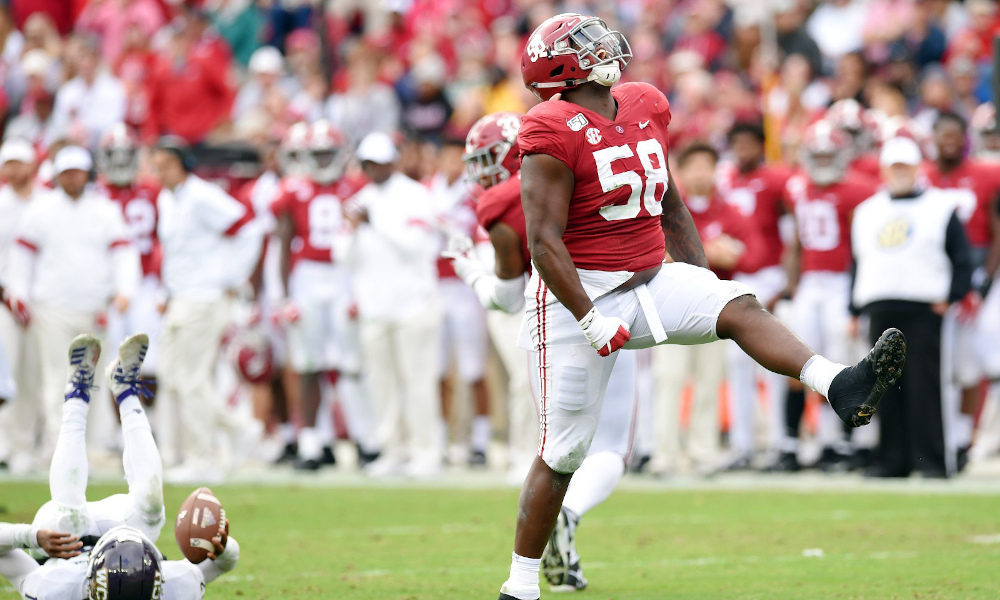 Christian Barmore is the seventh Alabama player from this draft class to sign his rookie contract.

The talented defensive lineman was selected at No. 38 overall in the second round by the New England Patriots. He was a dominant force in 2020 on the Crimson Tide’s front. Barmore, a native of Philadelphia, Pa., led the team in sacks (eight) and totaled 9.5 tackles for loss. He recorded six quarterback hurries, three pass breakups, and three forced fumbles.

According to Nicole Lynn, Barmore’s agent for Klutch Sports, Barmore signed his deal on Wednesday.

He is projected to make $8.5 million with a $3.5 million signing bonus, per Spotrac. Tide fans are looking forward to watching him this season.