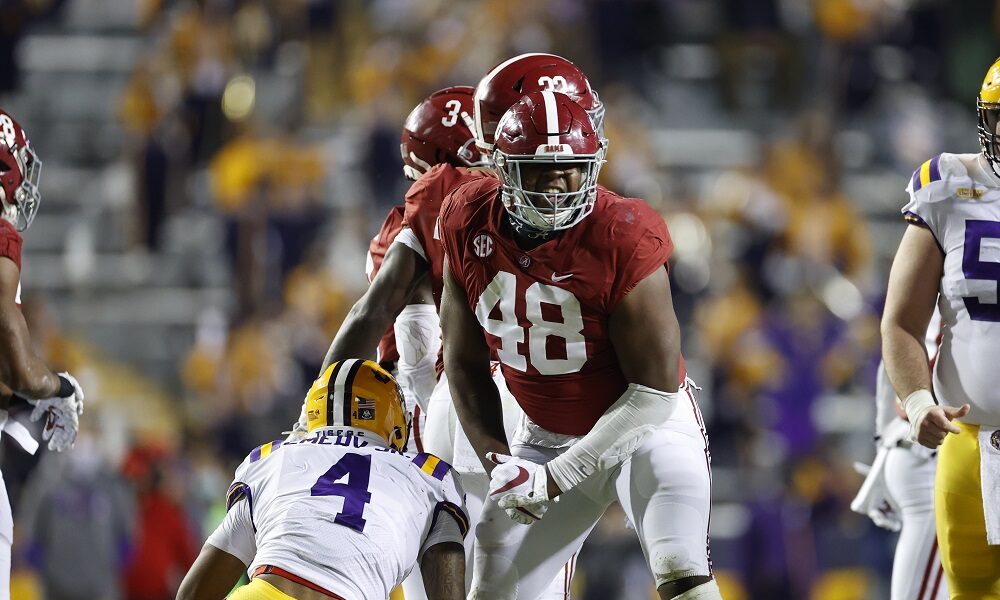 Alabama football’s Phidarian Mathis and Evan Neal have been named to the 2021 Outland Trophy Watch List announced today by the Football Writers Association of America (FWAA).

The two linemen are among 80 candidates from around the country named to the preseason list. Six Crimson Tide players have won the award previously, including Chris Samuels (1999), Andre Smith (2008), Barrett Jones (2011), Cam Robinson (2016), Quinnen Williams (2018), and most recently, Alex Leatherwood last season.

The Outland Trophy has been presented annually since 1946 by the Football Writers Association of America to recognize the top interior lineman in college football. The award is named in honor of All-America offensive lineman John Outland of Penn. The 2021 winner will be announced at the ESPN Home Depot College Football Awards Show in December.