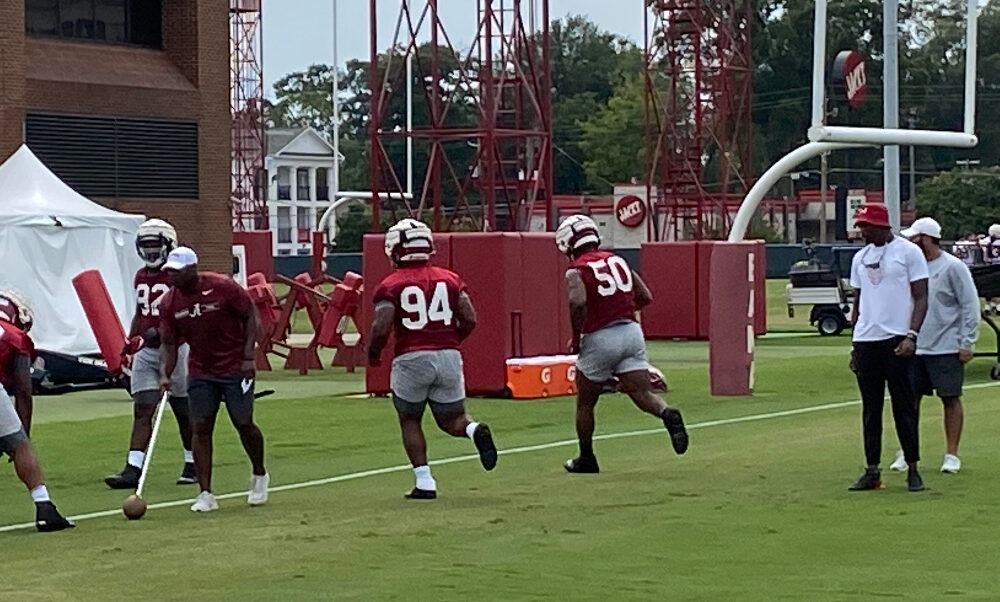 For the first time since 2019, Alabama opened the doors of the Thomas-Drew Practice Field to the media for its first practice of the 2021 fall camp.

Members of the media were able to get their first in person look at the newest members of the Crimson Tide’s roster as well as its coaching staff. This fall Alabama will be tasked with replacing seven starters on offense with new offensive coordinator Bill O’Brien at the helm.

Defensively its a different story as Pete Golding welcomes back nine starters from the 2020 national championship team and will also be adding Tennessee standout linebacker Henry To’oto’o to his unit.

Despite the turnover across the program, Nick Saban and Alabama will begin its season once again with hopes of defending its championship crown.

Below are a few notes and observations from Friday’s practice: