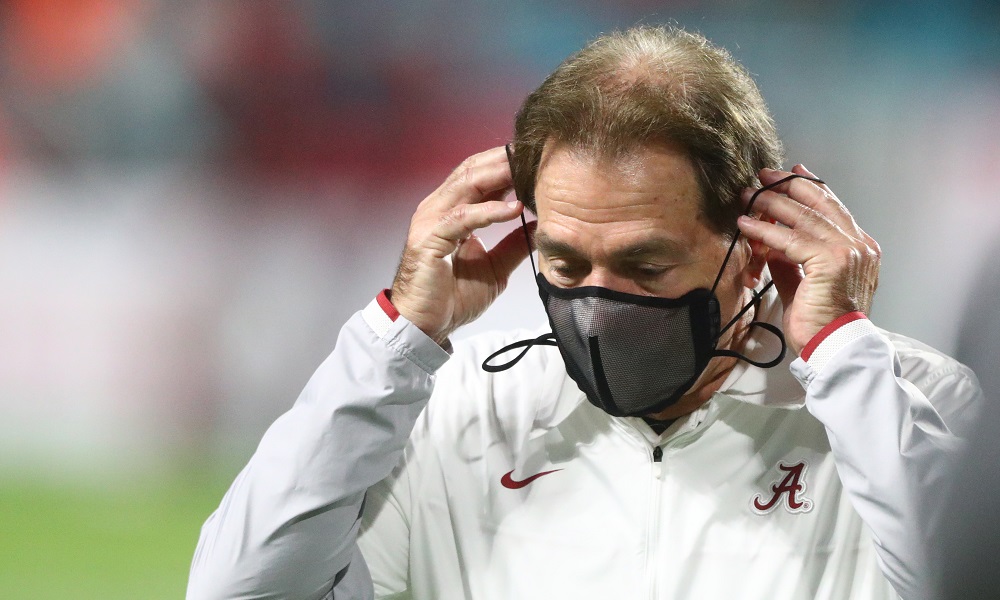 During the Nick’s Kids Jubilee Parade, the Alabama head football coach said he’s excited about this season. Coach Saban and Mrs. Terry Saban donated half a million dollars to various charities, and Tuscaloosa decided to honor the Saban family by renaming 28th Avenue to Nick’s Kids Avenue. Saban is thrilled to continue the legacy of his father, as the Saban Learning Center is coming soon to the community.

He is all about making life better for children; however, he is itching to get to work in fall camp.

After having a second undefeated season since 2009, the Crimson Tide returns a lot of talent.

He has surpassed the legendary Paul W. “Bear” Bryant in national titles, but Saban knows that it takes more than talent to hoist the trophy at the end.

Saban said the team will use the same protocol from last year for the next six weeks.

“The majority of our players are vaccinated,” he said. “We are still going to be very cautious during indoors and meetings to not have an issue with the COVID.”

To have Bryant-Denny Stadium at full capacity is what Saban and the players want.

“We are hopeful that we’ll be able to have full capacity in the stadium,” Saban said.

“I am hopeful that more and more people will get vaccinated, but that’s everybody’s personal choice. I know it means a lot to our players. One of the things that all the guys who went out for the draft said last year was they hated that this year was their last year playing for Alabama, and they didn’t get a chance to play in front of our great fans who support and create a spirit that makes the place special. I’m not concerned about it, but I am hopeful that it works out.”

According to reports, Saban said north of 95 percent of the team has been vaccinated.

Hopefully, the Tide will see full capacity at BDS in the fall.