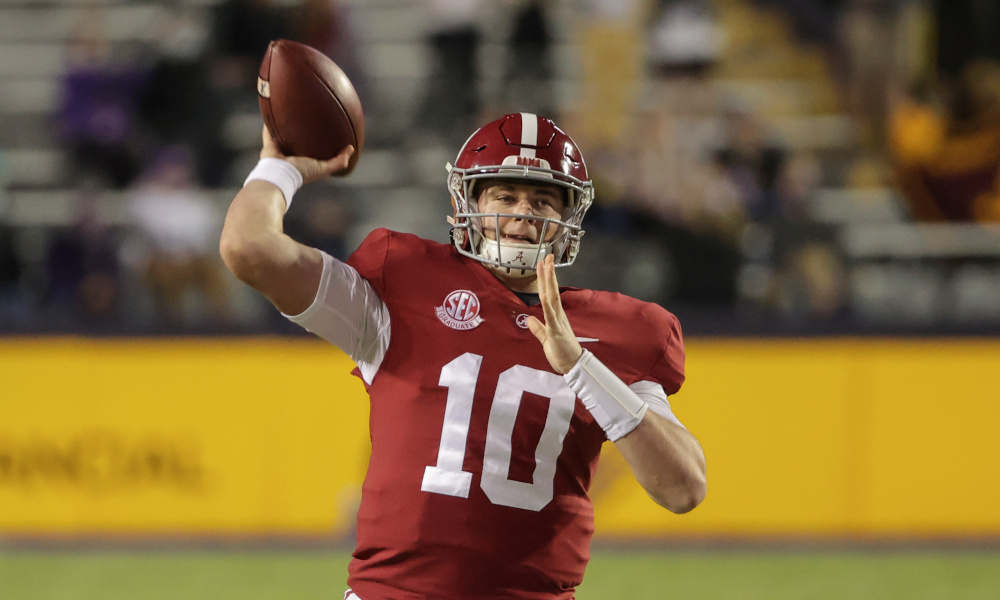 Bill Belichick, Josh McDaniels, and the New England Patriots may go to rookie quarterback Mac Jones at some point during this upcoming season.

After it took him at No. 15 overall in the NFL Draft, Jones has shown the Patriots why some regard him as Tom Brady 2.0.

As an alumnus of the University of Alabama, Jones has looked strong in training camp.

Despite the coaching staff naming Cam Newton as the starter, there have been moments where the 2020 College Football Playoff National Champion has outperformed the 2015 NFL’s Most Valuable Player. He will participate in his first NFL Preseason Game on Thursday against the Washington Football Team.

Before he takes the field, veteran right tackle Trent Brown continues to praise the rookie.

According to Chris Mason of masslive.com, Brown said Jones ‘can be special’ and ‘makes some throws that not a lot of young guys can make.’

Brown’s primary job is to open up the rushing attack, but it’s good to see him talking up Jones.

RELATED: Alabama opens USA Today Preseason Coaches Poll at No. 1 for this season

The professional game is much different than college, and the Patriots have the most complex system. Jones knows complexity, seeing how he came from Nick Saban and the Crimson Tide.

He possesses the ability to process information and the accuracy to target wide receivers. As he continues to push, the native Floridian will gain more confidence in his skillset. Jones set a single-season school record for passing yards (4,500) last year at Alabama. He was a finalist for the Heisman Trophy, a Consensus All-American, a permanent team captain, and earned many other accolades. Few people had him pegged to deliver the Tide to an undefeated national championship run; nevertheless, the former three-star silenced all critics and enjoyed the last laugh.

Patriot fans are excited about what he brings.