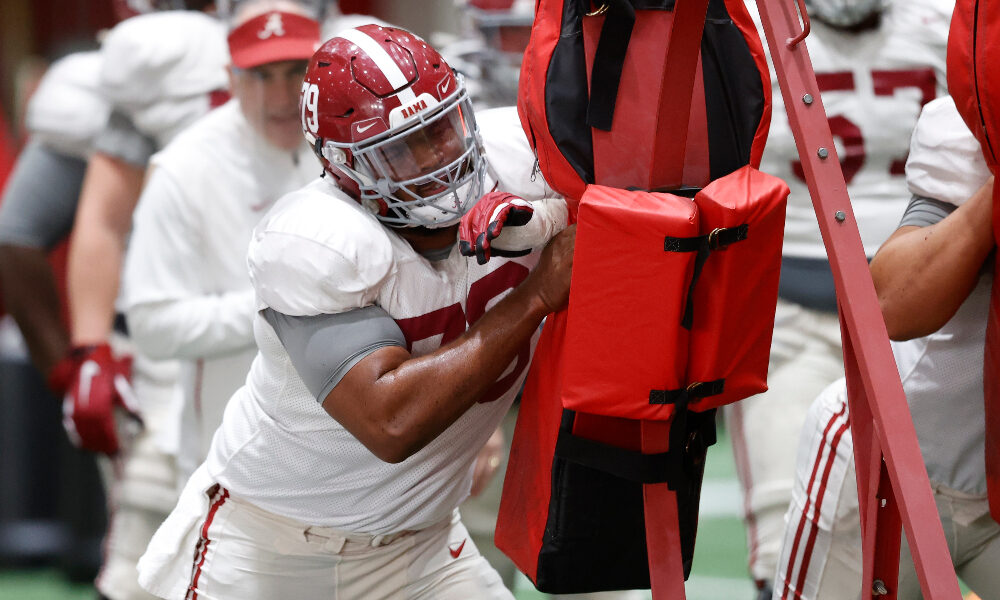 For every recruit choosing to go to Alabama, thoughts of making it to the NFL are always on their mind. No other program has produced more talent to the pros than the Crimson Tide since Nick Saban took over, making the NFL a rather achievable career path in Tuscaloosa.

But requiring just as much time consideration and work as making it to the NFL is thinking about what will come after football. A lot of players over the years have often neglected this consideration, making the NFL their end all be all.

Alabama offensive lineman Chris Owens isn’t going to be one of those players without a follow up plan.

During a players Zoom interview, Owens shared exactly what kind of career he wants when his football days are complete.

“I work really hard on public speaking and trying to answer questions correctly, interview questions, all sorts of stuff,” Owens said. “But I’m not really too sure. I kind of wanna go toward the NFL GM route someday.”

As he enters his sixth season with Alabama, Owens has certainly had plenty of time to consider what he’ll want to do after football while having his eyes on capturing another national championship.

His age has certainly been something Owens has noticed as his teammates have had some fun with handing out nicknames to the 2020 national champion.

“I already have a gray hair in my beard,” Owens said. “Any time somebody sees it, they’re like, ‘Oh, you’ve got some fuzz in your beard.’ I’m like, ‘Nah, that’s gray hair.’ But I get an old man, senior citizen, I get called a lot of names, but I’m kind of used to it at this point.”

The young guys on the team may need to be careful poking too much fun at Owens, as he could one day be the decision maker on if the team he’s working for signs them or not.