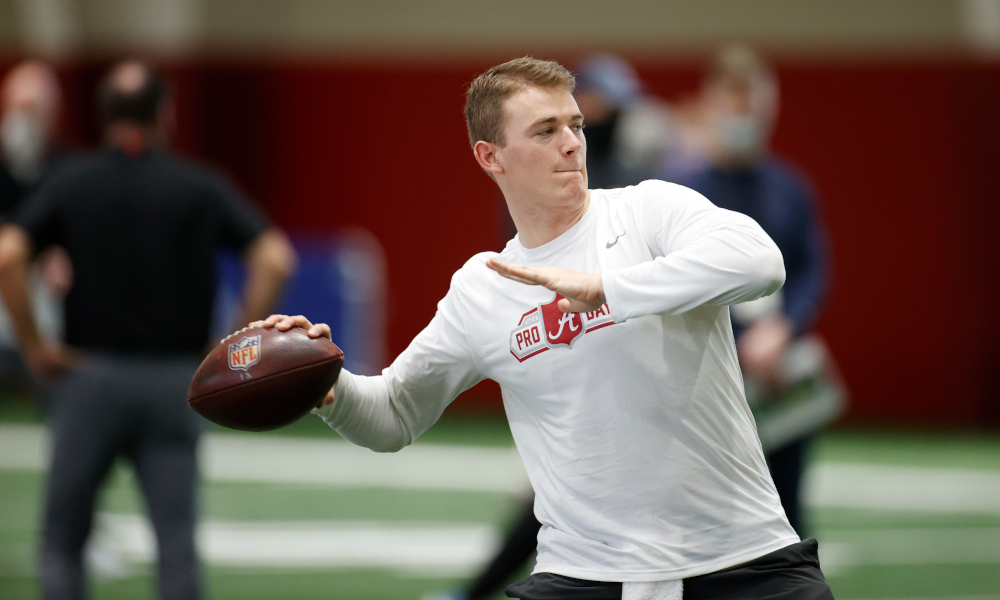 Thursday night, New England Patriots quarterback Mac Jones will be trading his number 50 jersey in for a much more familiar look.

It was shared by ESPN’s Adam Schefter that the first round pick would be switching back to number 10 for the team’s first preseason game.

Before tonight’s game vs the WFT, Patriots have switched Mac Jones from No. 50 to No. 10.

Since being selected with the No. 15 overall pick in the 2021 NFL Draft, Jones has been one of the most discussed players at Patriots training camp mostly because of his stellar play. He has played as advertised, taking care of the ball and demonstrating precision and accuracy with his passes.

Tonight fans will be able to get a first glimpse at what he can do in a live game setting as Jones and starting quarterback Cam Newton will both take snaps against the Washington Football Team.

The game will be begin at 7:30 pm EST, and will be broadcast on NFL Network.