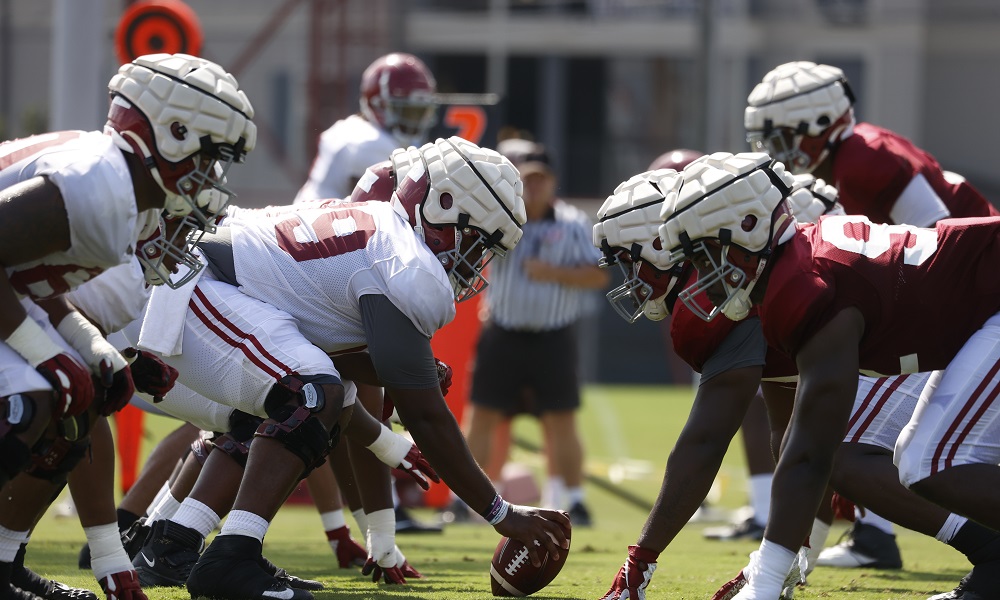 Alabama is trying to follow up one dominant offensive line in 2020 with another.

Three guys played a lot last year — Evan Neal, Emil Ekiyor, and Chris Owens — but there is a conversation at the right tackle position.

Neal started all 13 games at the spot a season ago; however, the Crimson Tide has moved him to left tackle.

RELATED: Nick Saban pleased with Bryce Young’s performance in scrimmage, looks for the rest of the offense to catch up

Kendall Randolph, a native of Madison, Ala., returned for his fifth season. He was a four-star recruit in the 2017 cycle and has played in 26 career games for the Tide, including six starts.

The 6-foot-4, 298-pounder brings versatility and experience, despite competing with true freshman JC Latham for a starting role.

As for Randolph, he said the redshirt senior is ‘key’ for the development of the offensive unit.

“Kendall has done a really good job,” Saban said. “He’s a jack-of-all-trades. He can play every position. He can’t play center, but he can play guard and tackle. He’s played tight end for us before. He worked in all positions in camp. He can play right tackle and left tackle. He’s got a lot of maturity about him and is very experienced.”

Randolph suffered an ankle sprain and did not finish the scrimmage.

Coach Saban hopes it is nothing significant.

He wants as much experience around Young as possible, especially with him being a first-year starting quarterback. On Monday, Evan Neal gave Randolph glowing compliments during his media availability.

With three weeks separating us from Alabama versus Miami, the Crimson Tide hopes to have Randolph in action.