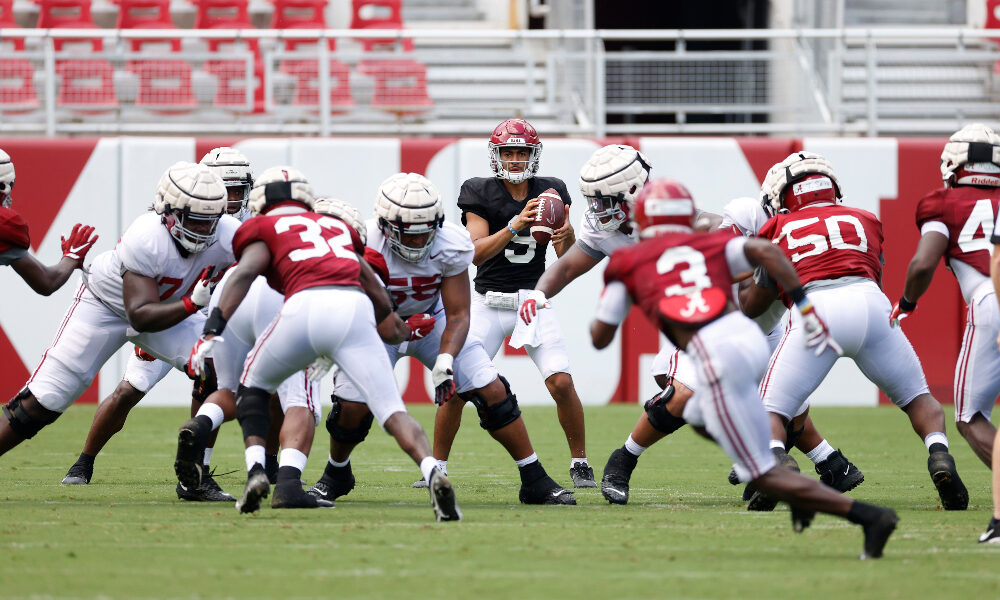 Alabama held its first fall camp scrimmage in the early afternoon on Saturday, giving the coaches their first look at the team in a game setting since the Crimson Tide’s spring football game in April. Head coach Nick Saban was pleased with the early physicality from the scrimmage as Alabama is gearing back up to defend its national championship this fall.

Saban was also pleased with the performance of sophomore quarterback Bryce Young who worked with the first team unit throughout the scrimmage.

“I think Bryce (Young) did a good job today,” Saban said over Zoom following the scrimmage.

Although Young although Young’s performance was a big bright spot for the Crimson Tide on the day, Saban is still looking for consistency from the offense as a whole.

Alabama lost a total of seven starters from its 2020 offensive unit including its top two receivers, running back, quarterback and the units offensive coordinator. There is still a lot of work to do to nail the timing and chemistry but Saban is well aware of that and so is Young.

“I was pleased with his performance, Saban said. “I’m sure if you ask him, he’ll be the first one to say he’s looking forward to working to try and improve and improve the production overall in terms of our execution on offense. That’s what’s gonna make us better.”

Alabama returns to practice on Monday, Aug. 16 for its ninth fall camp session.