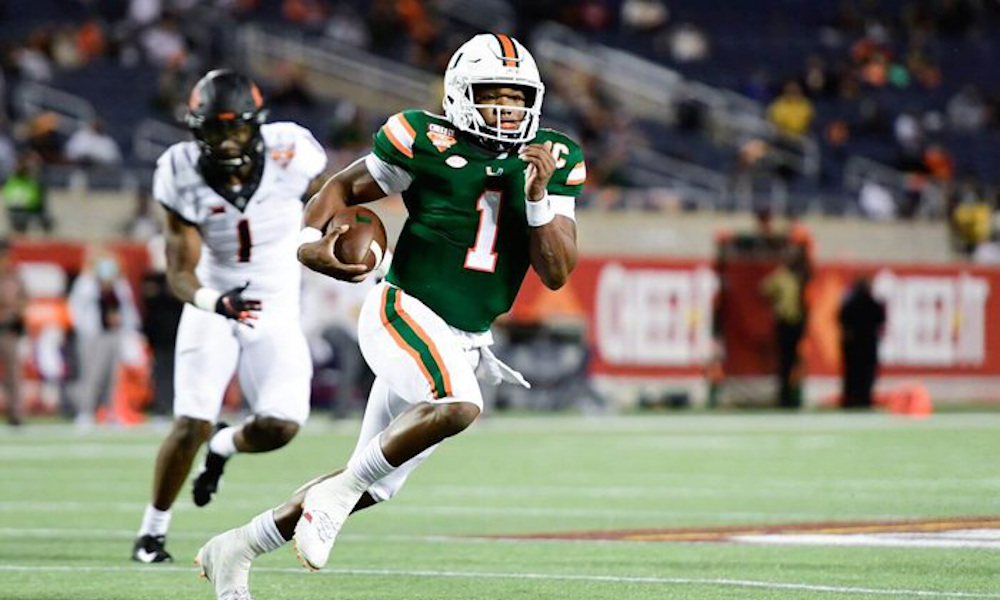 It wants to prove that it has returned to its standard of being elite.

The Crimson Tide will have its first test in two weeks versus D’Eriq King and the Miami Hurricanes. Despite suffering a knee injury in a bowl game against Oklahoma State, King was responsible for 27 touchdowns in 2020– including four rushing scores.

He has provided much excitement for the ‘Canes, as the school and its fans feel like “The U” is back.

The redshirt senior told Stephen A. Smith on Stephen A’s World via ESPN+ that he feels ‘super confident’ about facing Alabama. The Tide returns an experienced defense, but Nick Saban explained the challenge it faces with King.

“He is a very good player,” Saban said in Wednesday’s presser. “He is a very athletic guy with great feet and good quickness. He’s a good runner and can extend plays. He is a good passer. He sets a lot of problems. If they go fast, he does a really good job of operating their uptempo offense. The challenge we have with him is that he’s a good quarterback and a good athlete.”

Defensive players such as Will Anderson, Christopher Allen, Christian Harris, Henry To’oto’o, and Phidarian Mathis have their work cut out for them. These guys and others for the Tide are up for the challenge. Throughout the offseason, this defense is making sure that it is feared and respected. King will be a tough task; however, Alabama is after another national title.

The Tide and Hurricanes will face each other in nine days.