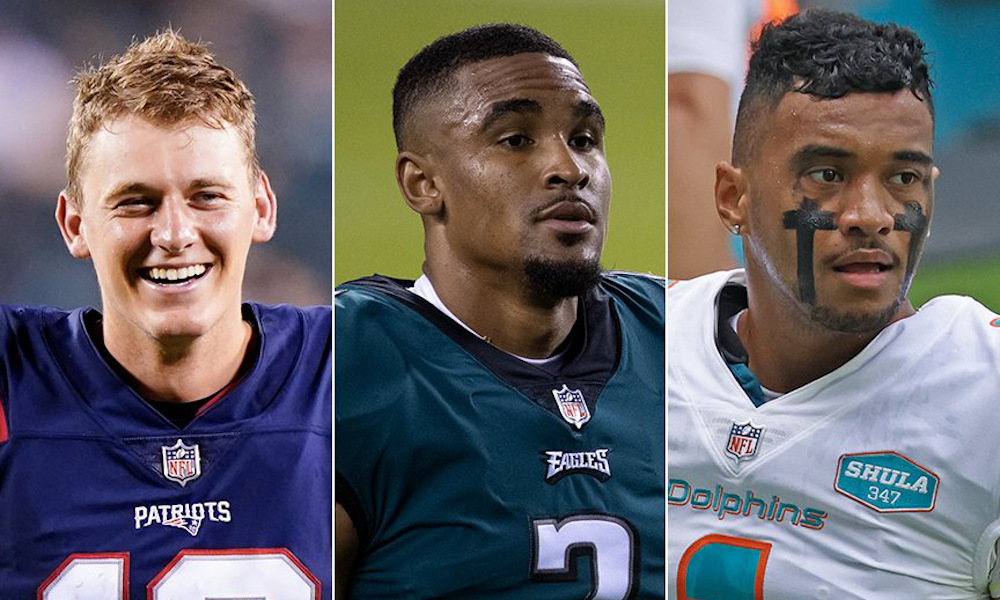 Alabama fans knew it had something special in 2017, but they did not know how it would play out in the NFL.

The Crimson Tide would secure a College Football Playoff National Championship with three quarterbacks on its roster.

Jalen Hurts guided Alabama to the title game, Tua Tagovailoa won the matchup off the bench, and Mac Jones was a student of the game behind them. All three signal-callers brought different skill sets to the team. Hurts was a confident leader, Tagovailoa was a passing prodigy, and Jones was a combination of both.

Alabama had three players that contributed to its championship success, and now they are starters in the National Football League. Hurts was a second-round pick by the Philadelphia Eagles in the 2020 NFL Draft, while Tagovailoa and Jones were first-round selections. The idea of Nick Saban producing only “game managers” at the quarterback position is about to be over.

Hurts, Tagovailoa, and Jones will start week one of the season.

On Tuesday, the New England Patriots released Cam Newton. Jones’ dominance in practices and preseason games made Bill Belichick comfortable in going with him.

The 2020 national champion will face Tagovailoa and the Miami Dolphins to open the NFL regular season.

According to SEC Network, the program released a graphic on Twitter to honor all three quarterbacks.

So much for Alabama quarterbacks being “game managers” they’re slated to have 3 @NFL opening day starters. Mac Jones, Tua, and Jalen Hurts.

Coach Saban is about to make Alabama “Quarterback U” very soon.