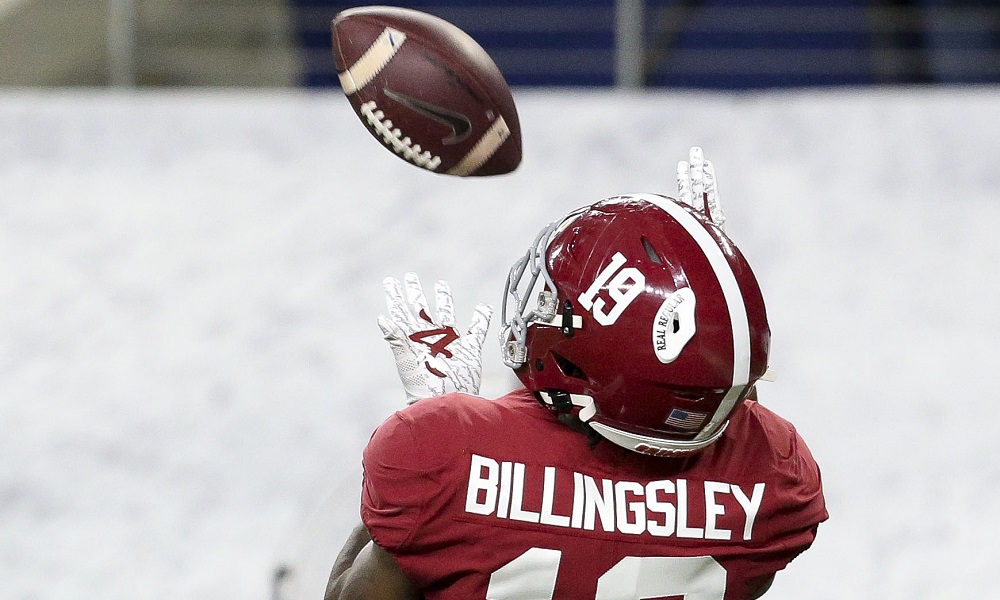 The success Jahleel Billingsley wants to have this season is on him.

He landed in Nick Saban’s doghouse at fall camp for Alabama, but the talented tight end is listed on the depth chart.

RELATED: Alabama’s LaBryan Ray and Kendall Randolph will be available for Miami game

Billingsley is running third-team behind Major Tennison and Cameron Latu (starter). As a junior, he has to work his back to being the No. 1 player at the position. The 6-foot-4, 230-pounder had a good sophomore year, totaling 18 catches for 287 receiving yards and three touchdowns. He has all of the potential to be a first-round pick for the 2022 NFL Draft; however, Billingsley has to grow in maturity. According to Saban, he wants to see him become a ‘more responsible’ player and person.

“He’s certainly a very talented guy, and we have high hopes for how he can contribute to the team,” Saban said of Billingsley in Wednesday’s SEC Coaches Teleconference. “But how that happens is sort of up to him and his choice.”

Bill O’Brien has worked wonders with tight ends in college and the National Football League.

Hopefully, Billingsley can turn it around and be all that Alabama needs for this team.