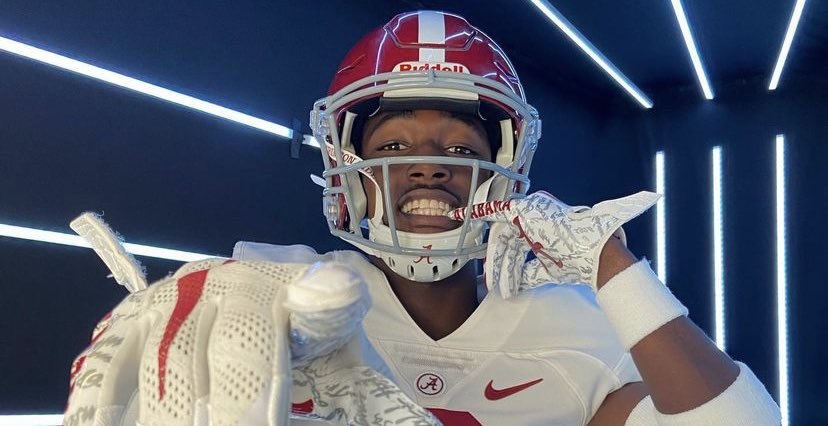 The state of Alabama is continuing to crank out nationally-ranked football talent and the 2023 recruiting class is set to continue that trend in a big way.

Wednesday marks the first day that college football coaches can initiate direct contact with prospects in the 2023 recruiting class. With that in mind, here is a look at the Crimson Tide’s top 2023 in-state targets.

Woods is in the running to be the top overall defensive end in the 2023 recruiting class. The Crimson Tide are expected to make the 6-4, 260 pounder a priority. They have managed to build a great relationship with him so far.

“I consider them family,” Woods told Touchdown Alabama. “I am certain that I will always have a great relationship with the Alabama staff. They have helped me a lot throughout the process and not just by selling their school. They have made sure I know how to leverage my end of recruiting.”

Mitchell has held an Alabama offer since 2019. His recruitment has been in full swing for several years as his first offer came when he was in the 8th grade. He has visited Alabama several times since receiving an offer from the Tide. Alabama is listed in his loaded top ten along with Clemson, Ohio State, LSU and others. The battle for Mitchell will be a national one. The five-star defensive back is one of the most versatile defensive backs in this class, and he could play safety at the next level.

Hurley is a perfect example of a new-aged defensive back. At 6-foot-3, the five-star is a long defensive back who is spreading his wings this season for Florence High School. Alabama offered him in October after he put together some great film as a sophomore. The Crimson Tide hosted him this summer, and he got an opportunity to spend some time with Nick Saban.

“It was a cool experience because a bunch of people dream of just being in his presence,” said Hurley. “He was super professional.”

Harris is not originally from Alabama, but the Crimson Tide could benefit from him living in the state. Harris is a national prospect and it is easy to tell why. He is an all-around athlete, who could be a defensive back or slot wide receiver at the next level. Alabama football is currently one of his top choices along with Clemson and Ohio State.

It seemed like it was only a matter of time before Collins received an offer from Alabama. The Crimson Tide finally pulled the trigger and extended an offer to Collins in April. He visited Alabama and camped in June. The 6-f00t-5, 247 pounder is a strong defensive lineman who can 0ver power offensive linemen.

English is projected to be the top wide receiver in the state. He continues Central Phenix City’s tradition of developing elite wide receivers. Unfortunately for the Crimson Tide, the last two big-time wide receiver prospects to come out of the program signed with Clemson.

Faulk has grown into a massive defender at 6-foot-5 and 245 pounds. He has the potential to be an edge rusher or a traditional defensive end at the next level. He can rush standing up or from a four-point stance. Alabama hosted him in June, and he got a chance to continue building his relationship with the Tide’s coaches.

“It was a great experience,” Faulk said. “I learned some new things and got to know their coaches even more.”

Pierre is projected to be an edge rusher at the next level. The Crimson Tide extended an offer to him in May and got him on campus this summer. Saban told the 6-foot-4 defender that he had all the tools to be a jack linebacker for the Tide.

“He told me he believes I can be a great edge rusher for them at the jack position,” Pierre said. “I can rush from there and drop back in coverage. He said he likes my long arms and my work ethic.”

Other in-state 2023 recruits to know: