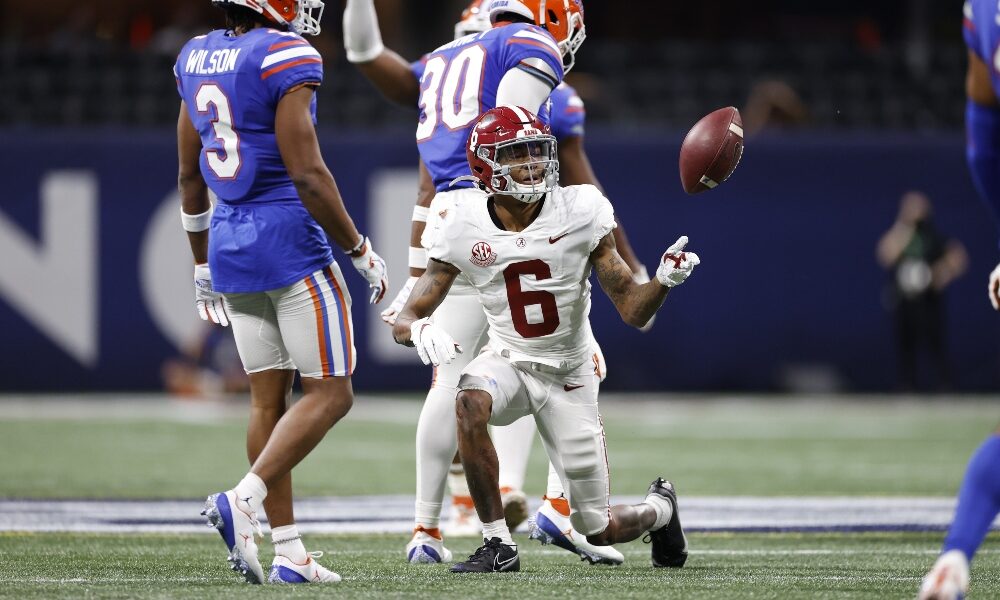 The honorary captains for this weekends Chick-fil-A Kickoff Game have been announced.

The 2020 Heisman Trophy Winner, DeVonta Smith will be at the coin toss for Alabama, and Miami will be represented by NFL Hall of Fame wide receiver Michael Irvin.

Smith, who was selected with the 10th pick by the Philadelphia Eagles in the 2020 NFL Draft, recorded 117 receptions for 1,856 yards and 23 touchdowns in his Alabama career, and was named a unanimous All-American and First Team All-SEC. He took home an impressive list of individual hardware in 2020, including the Heisman, Maxwell, Walter Camp, Biletnikoff and Paul Hornung awards, among others.

Earlier this year, Smith finished his illustrious Alabama career setting multiple CFP National Championship records with 12 catches and three touchdowns, along with 215 yards against Ohio State. He holds all career Alabama receiving records and is the SEC’s all-time leader in receiving yards with 3,965.

Irvin, who played at Miami under head coach Jimmy Johnson from 1985-1987, finished his two-time All-American career at Miami as the all-time leading pass catcher with 143 catches, 2,423 yards and 26 touchdowns. In 1987, he helped lead Miami to a national championship victory over the top-ranked Oklahoma Sooners.

He was selected by the Dallas Cowboys 11th overall in the first round of the 1988 NFL draft and had an illustrious NFL career in the lone star state winning three Super Bowls and being named to the NFL’s All Decade Team in the 1990’s. He finished his career in 1999 with his number 88 being named to the Cowboys Ring of Honor after holding or being tied for 20 receiving records for the franchise.

The Crimson Tide will kickoff against the Hurricanes on Sept 4., @ 2:30 pm CT from Mercedes-Benz Stadium in Atlanta.

**This information was acquired via a recent press release from the Chick-fil-A Kickoff Game.**