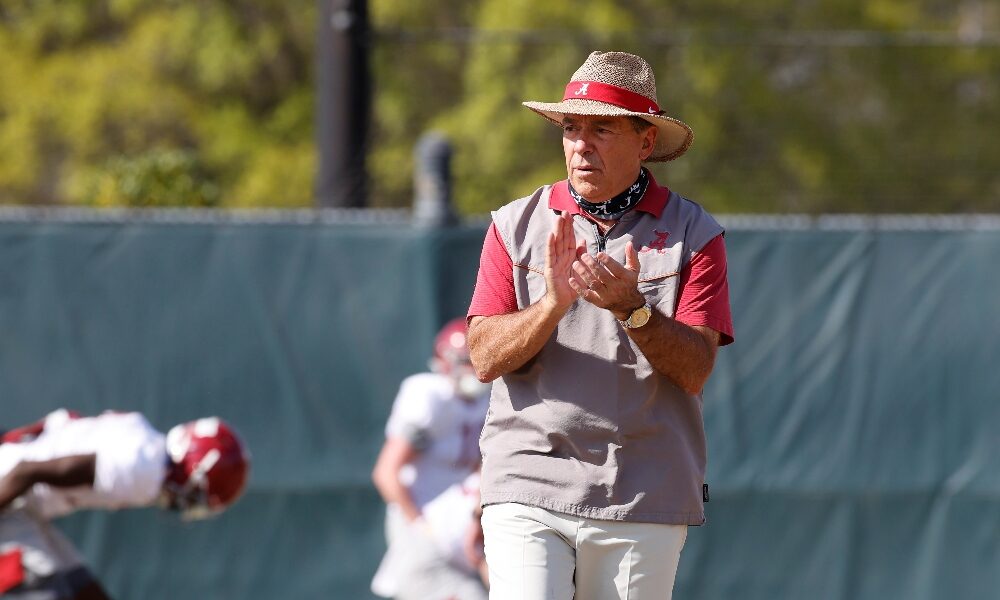 For a long time there was one common criticism you could say about Nick Saban’s run at Alabama, is that he has not been able to produce top tier talent at the quarterback position.

Today that cross on Saban’s resume could soon be erased for when Week 1 of the NFL season rolls around, the Crimson Tide will see three former starting quarterbacks, who have won their respective team’s starting role, take the field.

Tua Tagovailoa will be leading the Dolphins offense against former teammate and Patriots quarterback Mac Jones, while Jalen Hurts will serve as the starter for the Eagles after finishing last season as the replacement for Carson Wentz.

“I think all three of those guys did an outstanding job when they were here,” Saban said to the media on Wednesday. “Happy to see that they’re getting an opportunity to play and start at the next level. I never really had any issue thinking they would not have successful NFL careers. Now they have the opportunity to show how successful they can be.

The trio of Tagovailoa, Hurts and Jones, each boast fantastic resumes on from their college careers. All three have led the Crimson Tide to a national championship game, and all three have at least one championship ring.

Their marks have certainly been left in Tuscaloosa and now they continue their journeys at the next level to further their football legacies.

“I’m excited,” Saban said. “I don’t get to see them play on Sundays, but I’m excited to certainly find out how well they do. And we wish them all the best and the best of luck. I’m very hopeful that they’ll all do extremely well.”

The meeting between Tagovailoa and Jones will take place on Sept. 12, at 3:25 pm CT, and will be broadcast on CBS.