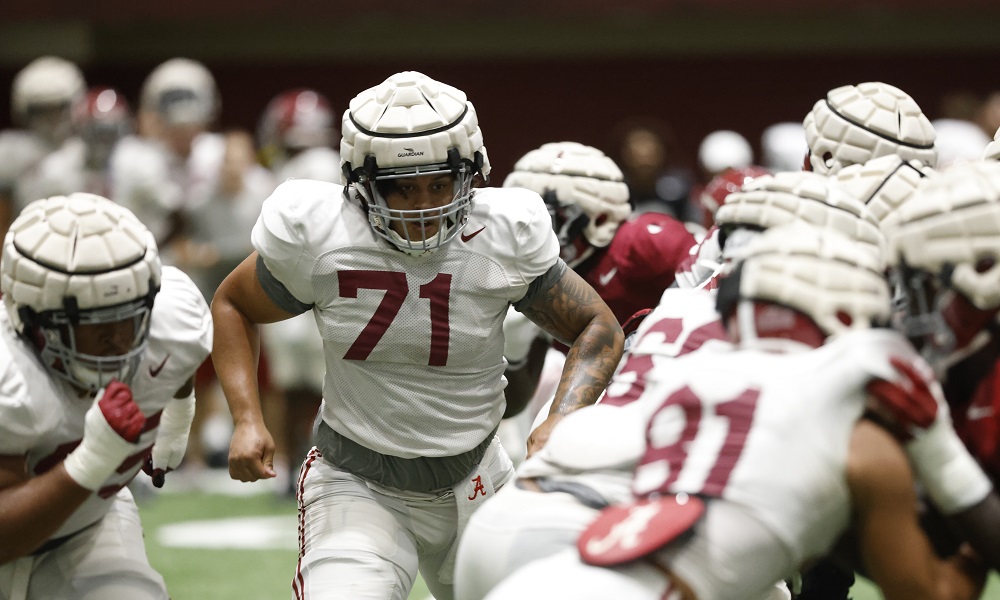 It lost three starters to the National Football League, but Alabama’s offensive line has four players that are experienced.

Two of those names, Evan Neal and Emil Ekiyor, were starters in 2020.

Chris Owens got the starting opportunity in the College Football Playoff to replace Landon Dickerson, and Kendall Randolph is a fifth-year senior on the line. The Crimson Tide has a competition for the starting job at center, as Owens and Darrian Dalcourt (junior) are co-starters. Nick Saban will play both, and whoever has the offense executing with more confidence will win the job.

JC Latham, a true freshman, may also see reps versus Miami. He is the backup to Randolph at right tackle.

Alabama’s had some players banged up in fall camp; however, everyone upfront is good to go against the Hurricanes.

Some are concerned about the Crimson Tide’s offensive front, but Saban is ‘confident’ in this group.

“We’ve got two starters back, and they are both playing really well,” Saban said Thursday. “And the news guys that are in there certainly are capable of being really good players.”

Miami lost two of its best sack specialists to the NFL, but Manny Diaz has players that can pressure quarterbacks. He looks to frustrate sophomore quarterback Bryce Young often. If the Tide can protect Young and run the ball, it will take Diaz and the Hurricanes out of their element. Last season, Alabama ended the campaign with the Joe Moore Award. This group is talented; nevertheless, it will have some new faces. All eyes will be on the consistency of the offensive line on Saturday at 2:30 p.m. CT.