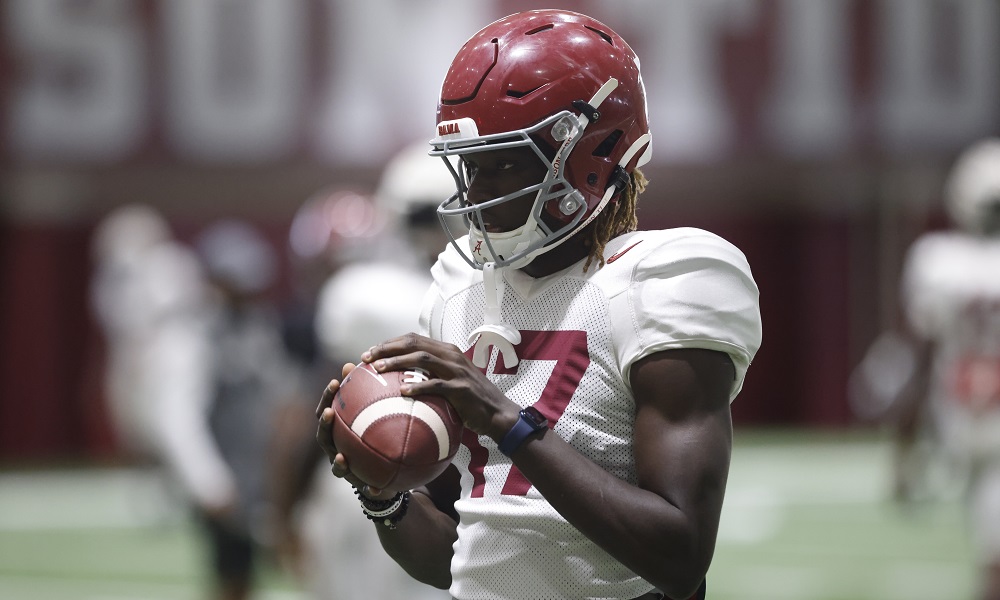 One true freshman for Alabama football is stacking NIL deals.

Agiye Hall, a five-star wide receiver via Valrico, Fla., inked his third endorsement with Krystal. His opportunity to help the fast-food restaurant brand comes behind his deals with Playmaker and College Football Edits. Hall was one of four receivers from this year’s recruiting class. The 6-foot-3, 195-pounder wowed fans on A-Day, totaling four catches for 72 receiving yards.

He is second behind John Metchie on the depth chart at the “X” position.

RELATED: Nick Saban is ‘anxious’ to see Trey Sanders at running back versus Miami

It will be fun to watch his progression throughout this season.