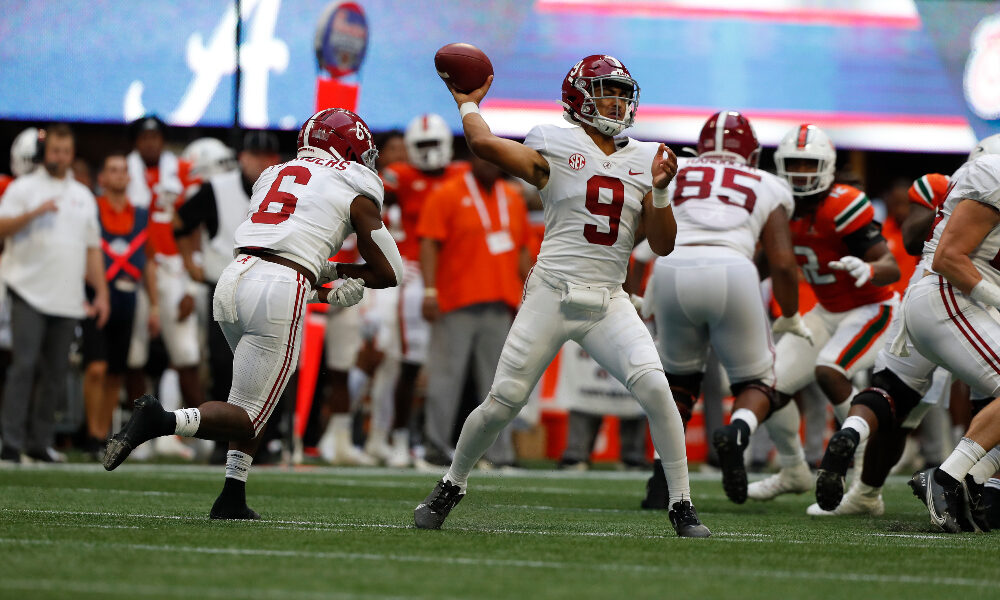 The Alabama coaching staff selected seven players of the week following the Crimson Tide’s season-opening win against Miami at the 2021 Chick-fil-A Kickoff Game.

Darrian Dalcourt, Cameron Latu, John Metchie III and Bryce Young were selected on offense; Will Anderson Jr. and Jalyn Armour-Davis were selected on defense; and Will Reichard rounds out the list for his performance on special teams.