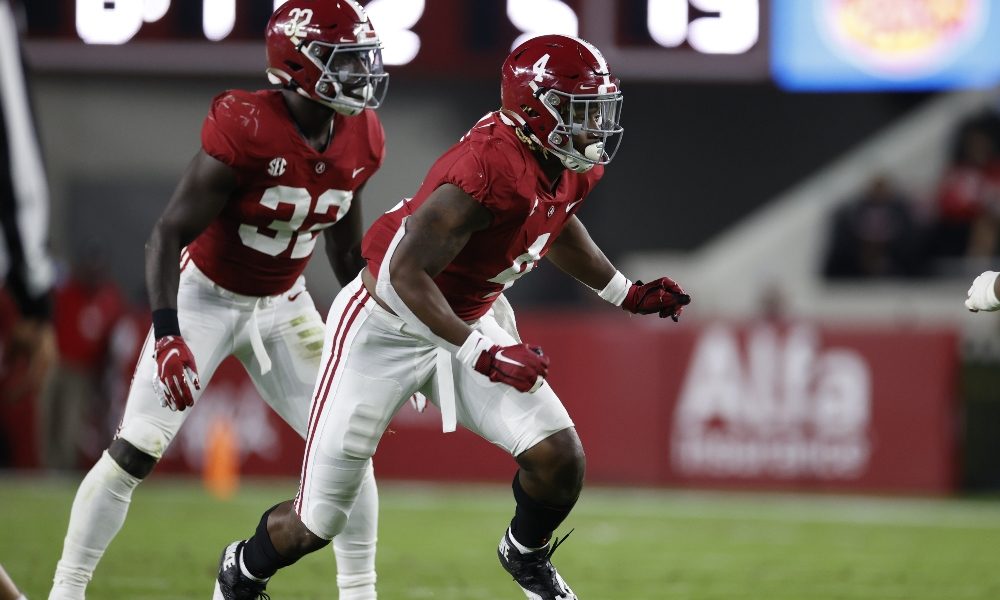 Alabama head coach Nick Saban shared some unfortunate news during his Monday press conference as he shared that linebacker Christopher Allen suffered a fractured foot and is “most likely” out for the season. The injury will require surgery.

“Chris Allen does have a foot fracture that will require surgery,” Saban said. “He’s most likely out for the year.”

Allen suffered the injury in the second quarter of the Crimson Tide’s season opener against Miami last Saturday and had to be carted to the locker room after spending time in the team’s medical tent. He would later be seen back on the sideline with crutches and a walking boot.

The senior linebacker was replaced by talented sophomore Drew Sanders who Saban mentioned would have an opportunity to start for the Crimson Tide’s defense.

“Drew has done a really good job for us,” Saban said. “He’s been a really good special teams player. Now, he’s gonna have the chance to step up and start, although we’ve kind of rotated the three of those guys at outside linebackers all as starters. We’ve got a lot of confidence in Drew. He’s a good athlete. Smart, hard worker, plays with toughness, gives great effort.

“So we’ll have to bring some other guys along at that position, as well, but we’re really pleased and confident in Drew.”